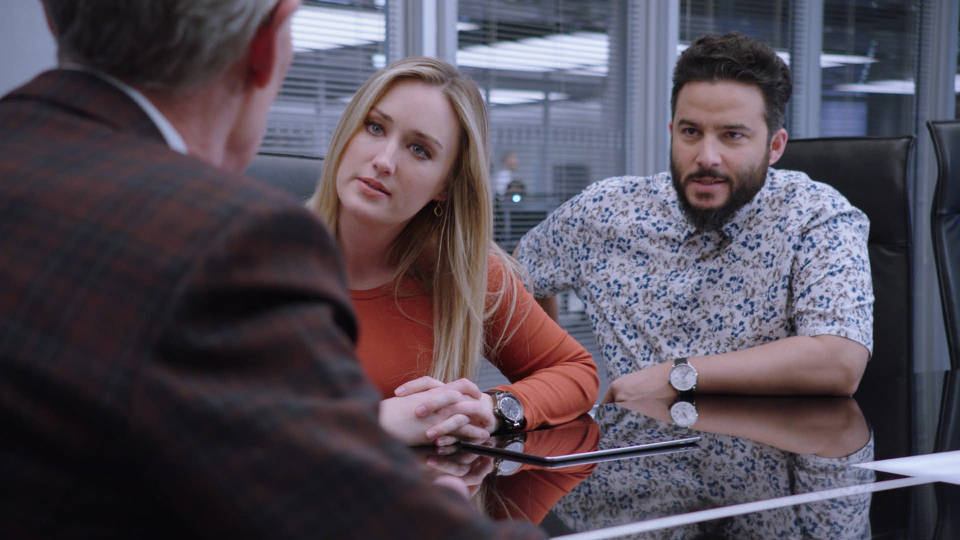 On the latest episode of Blindspot, the team faced a race against the clock to save Jane (Jaimie Alexander).

Knowing something had happened to Jane, Rich (Ennis Esmer) and Patterson (Ashley Johnson) got to work on the CCTV from the hospital. They found footage of a man they believed to be Dominic Masters (Chaske Spencer) wheeling out a hospital bed with what they presumed was Jane on it hidden under a sheet.

Meanwhile, Masters disguised his voice and said Jane didn’t have much time, but would be released if Madeline was put on a plane to safety. The team managed to get proof of life when he made a call to a burner phone that he’d buried in a coffin along with Jane.

With less than 40 minutes until she ran out of air the team got to work on narrowing down where she might be. The burner phone ran out of battery but she managed to recharge it a little using a flashlight battery and a wire from her bra. Rich and Patterson were then able to triangulate it using the mobile phones of the FBI agents looking for her. Weller got there just in time and had to give chest compressions to save her.

Elsewhere in the episode, Madeline was arrested and Reade (Rob Brown) accepted Zapata (Audrey Esparza) back to the FBI.

At the end of the episode, Shirley gave Masters the data needed to continue Madeline’s Helios plan, to attack the eastern seaboard.

The promo for the next episode reveals that Patterson’s dad returns as the team scramble to stop a weapon involving killer bees.

Watch the Blindspot 4×18 promo trailer below:

Bill Nye reprises his role as Patterson’s father in a case that pits the team against a pestiferous foe. Zapata goes rogue with an old friend as Jane and Weller continue their search for the hooded figure.

Blindspot season 4 episodes air on Sky Witness at 10pm on Mondays. Preview the episode with our gallery: