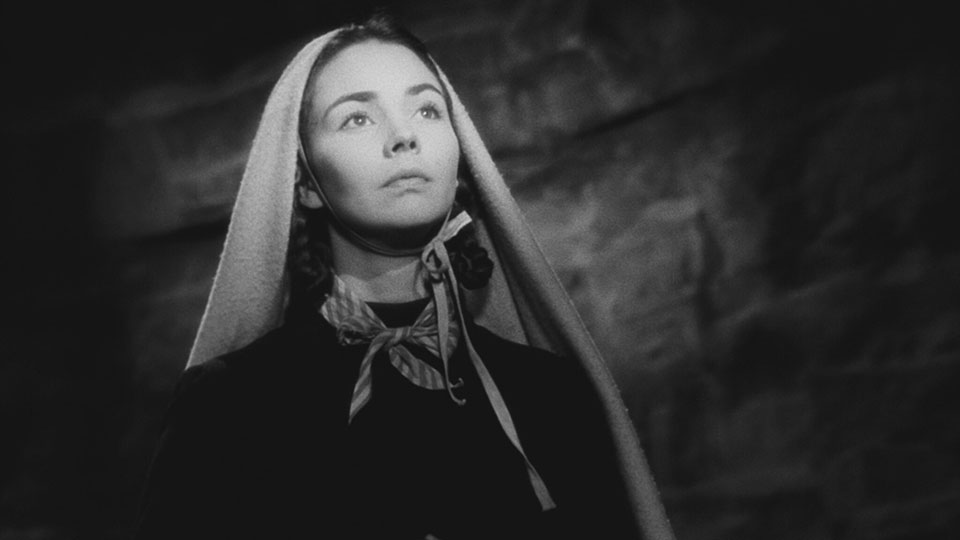 Eureka Entertainment to present The Song of Bernadette, an intimate and spiritual biopic of one girl’s ultimate test of faith starring Jennifer Jones, for the first time ever on Blu-ray in the UK as part of the Eureka Classics range from 8th April 2019, presented with a Limited Edition slipcase and collector’s booklet 92000 copies only).

One of the rare Hollywood studio films to address spiritual belief and religious conviction in a serious and complex fashion, the beloved classic The Song of Bernadette made a star of its leading lady Jennifer Jones, who won the Academy Award for Best Actress, in addition to taking home a Golden Globe during those awards’ very first ceremony (the film also won Globes for Best Dramatic Film and Best Director). A moving portrait of faith, the film is one of the crowning achievements of director Henry King (Love Is a Many-Splendored Thing).

Based on the best-selling historical novel by Franz Werfel, the film chronicles the life of 14-year-old Bernadette Soubirous, who began seeing visions of the Blessed Virgin Mary in Lourdes, France in 1858. When news of Bernadette’s vision first spreads through the town, there are those who decry her as mentally unsound, while others wholeheartedly believe –particularly when the spring that erupts near the grotto that housed the visitations contains water that seems to have miraculous healing properties.

Buoyed by outstanding supporting performances by Vincent Price, Lee J. Cobb, Charles Bickford, and Gladys Cooper, The Song of Bernadette – with sumptuous cinematography by Arthur C. Miller (How Green Was My Valley) – is a profoundly affecting drama, no matter what one’s own personal beliefs. Eureka Classics is proud to present this landmark title in UK debut on Blu-ray.

The Song of Bernadette, an intimate and spiritual biopic of one girl’s ultimate test of faith, is out now on Blu-ray and can be purchased here https://amzn.to/2BBlQU9

In this article:Eureka Entertainment, The Song of Bernadette