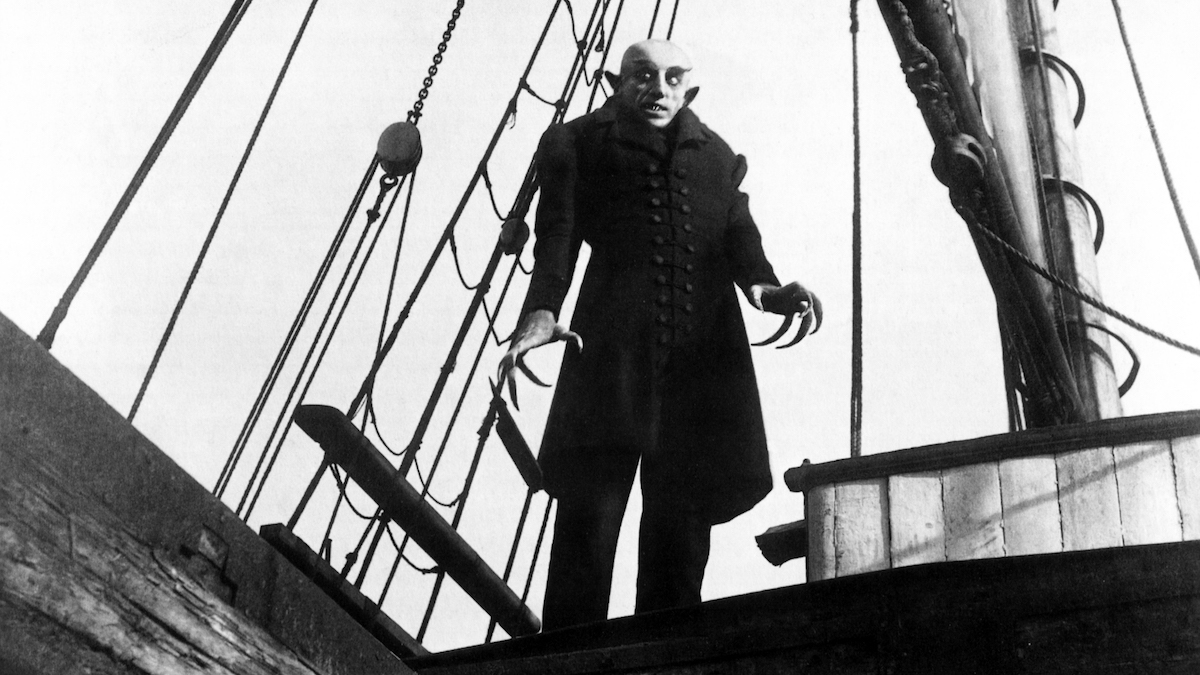 In 1922 one film changed cinema and defined screen terror. 100 years later, ‘Nosferatu’ continues to haunt and terrify audiences. 2022 brings the centenary of the most influential horror film of all time. The turning point in the career of legendary director F.W. Murnau (Sunrise, The Last Laugh), the screen’s first, albeit unauthorised adaptation of Bram Stoker’s Dracula (which itself celebrates its 125th Anniversary this year) features Max Schreck’s unforgettable performance as the vampire Count Orlok, the most chilling portrayal of cadaverous evil in film history.

Although a court order to destroy the film was successfully brought by Stoker’s widow, some copies escaped, and subsequently gave the 20th century some of its defining images of supernatural terror and dread. A decades-long search for the best surviving material and a re-recording of the original score by Hans Erdmann now allows us to see the film exactly as it premiered 100 years ago.

Remade by Werner Herzog in 1979 (and inspiring films as diverse as Abel Ferrara’s ‘King of New York’ and ‘The Addiction’, and E. Elias Merhige’s ‘Shadow of the Vampire’), F. W. Murnau’s surreal 1922 cine-fable remains the original and landmark entry in the entire global tradition of “the horror film”. A towering masterpiece whose legacy is truly incalculable, Nosferatu remains as mesmerising – and haunting – as ever.

In celebration of the centenary, Nosferatu will be returning to cinemas in the UK & Ireland throughout 2022. Screenings will be announced via www.nosferatu100.co.uk