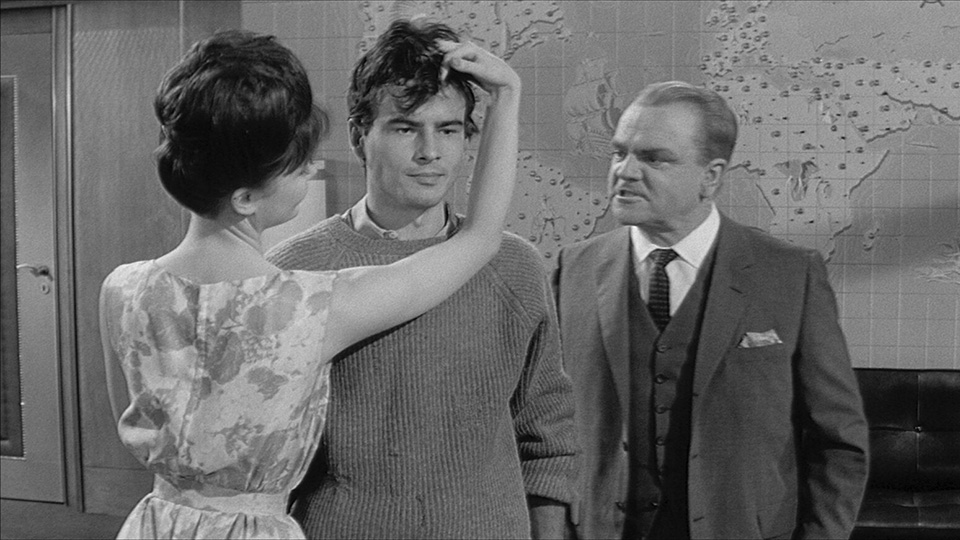 Eureka Entertainment to release Billy Wilder’s One, Two, Three, a witty and energetic comedic showpiece starring James Cagney, presented on Blu-ray for the first time in the UK as a part of The Masters of Cinemas Series from 15th April 2019, featuring a Limited Edition slipcase (2000 copies ONLY).

One of director Billy Wilder’s most frenetic comedies, the madcap Cold War and corporate politics satire One, Two, Three has to be one of the only films almost capable of making its Wilder predecessors Some Like It Hot and The Apartment seem sedately paced in comparison. Featuring a hilarious lead performance by James Cagney, One, Two, Three hasn’t always been as famous as Wilder’s other comedies, but it’s among his best.

Cagney is C.R. “Mac” MacNamara, a top soft drinks company executive shipped off to (then West) Berlin and told to keep an eye on his boss’ 17-year-old Atlanta socialite daughter Scarlett (Pamela Tiffin) while she visits Germany. Scarlett’s tour seems endless, and Mac discovers she’s fallen for a (then East) Berlin communist agitator and the young couple are bound for Moscow! Mac has to bust up the burgeoning romance before his boss learns the truth, all the while dealing with his wife Phyllis (Arlene Francis) and her own impatience with German living.

With One, Two, Three, Wilder set out to make “the fastest picture in the world.” Mission accomplished, so hang on and try not to miss too many gags if this is your first viewing of this knockabout comedy penned by Wilder’s long-time screenwriter I.A.L. Diamond. The Masters of Cinema Series is proud to present yet another Billy Wilder masterpiece on Blu-ray for the first time ever in the UK.

One, Two, Three, Billy Wilder’s witty and energetic comedic showpiece starring James Cagney, is released on 15th April on Blu-ray and can be purchased at https://amzn.to/2IfCLl5.

Advertisement. Scroll to continue reading.
In this article:Eureka Entertainment, One Two Three