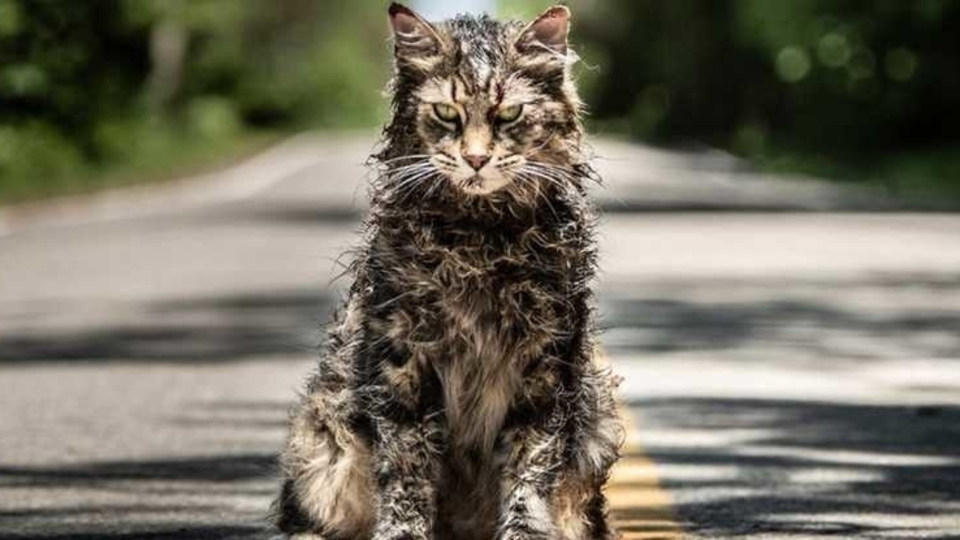 This latest Stephen King adaptation to get the reboot treatment follows on from the box-office success of IT, so it’s no surprise that his back-catalogue is getting a cinematic dusting off once again. The trouble is Pet Sematary plays with the absurd a bit too much (much like the original did) but ultimately makes you chuckle more than jump – and that’s an unforgivable mistake to make for an out-and-out horror. This new, updated version does try hard but the shackles of the story and some unintentionally funny set-pieces really hinder the overall enjoyment.

The Creed family, made up of Louis (Jason Clarke), his wife Rachel (Amy Seimetz) and their children Ellie (Jeté Laurence) and young Gage (Hugo & Lucas Lavoie) move to a rural town in the hope of finally finding some peace from big city living. They have acquired a very large house surrounded by vast surrounding land. Part of their property line houses an off-limits area… the approach of which has been transformed by the local children into a Pet Sematary (spelling isn’t a strong point for the kids it would seem).

The mysterious area is home to ancient Native American land that has mystical powers that can raise the dead. When the Creed family cat returns from the dead with a serious chip on its shoulder, it starts a horrific (ly funny) chain of events. But then, it’s a cat… so who actually knows if it’s being an asshole because it’s back from the dead, or just because it’s a cat.

Either way, bad things start to happen and tragedy soon blankets the Creed family. Louis has the bright idea of using the land to do something he shouldn’t and before long, a sinister undead presence joins the cat in the real world, and they both have real anger issues to work through. Can Louis keep it together for long enough to save his family?

Pet Sematary will probably be best enjoyed by teenagers who are not old enough to actually watch the film, because for everyone else the story becomes too familiar and predictable. That’s no fault of the actors, who uniformly all hand in really solid performances. Jason Clarke is always great in everything he’s in and could really do with a decent project to catapult him to the next level.

Amy Seimetz does a lot of the film’s emotional lifting and she does very well considering the corner the script backs her into. Rachel is dealing with a past trauma and family tragedy that has really frightened and affected her, involving caring for her invalid sister. These moments are some of the best in the movie, and create some nice, uneasy moments for the viewer. But not enough is done with it, so its inclusion felt rushed and messy.

Screen legend John Lithgow transcends the script at every given opportunity and is a joy to watch – even if he does deliver some of the funnier lines (which hopefully were intentional – but only scriptwriters Matt Greenberg and Jeff Buhler really know for sure). But for its disappointments, there are some positives too, and I was particularly impressed with the final shots of the film, which really do send a shiver down the spine.

Pet Sematary won’t stay with you for very long after the end credits roll and that’s a shame. IT had its problems but it at least it made sure that the horror elements played out well. Pet Sematary tries to conjure some nice frights but it’s a bit all over the place in the end. Some of them work, but most are poorly executed. Throw in some hokey dialogue and one scene which really reminded me of Leslie Nielsen’s Repossessed and you have an ultimately unsatisfying horror that may appeal to the Cineplex masses but won’t leave a mark for anyone looking for more depth.