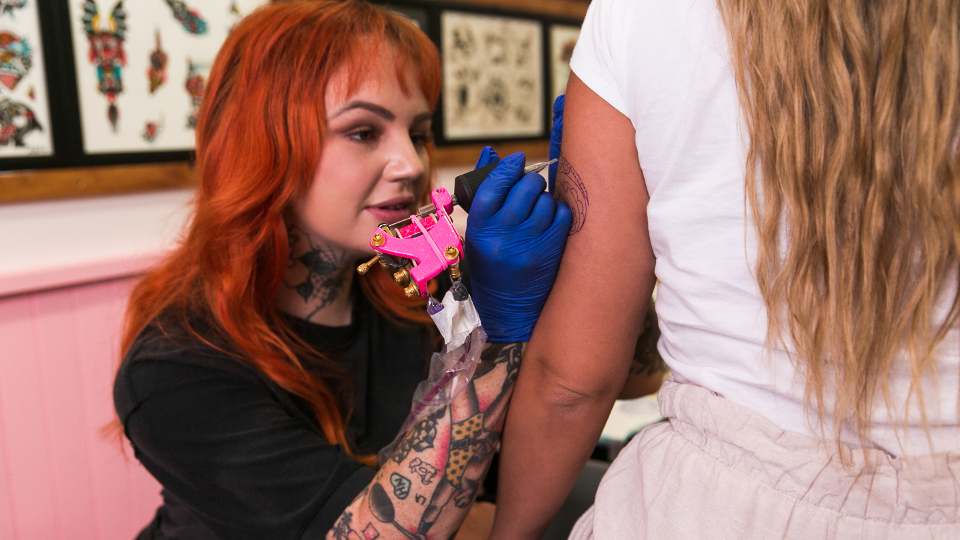 Do you consider yourself to be a Game of Thrones superfan? Fancy indelibly marking the upcoming eight and final season? Well streaming service NOW TV is setting up a one-of-a-kind tattoo studio in London that will give Game of Thrones superfans the chance to get inked for free. Those successful will be able to choose from a series of designs from guest tattooist to the stars, Lauren Winzer, who created and inked Sophie Turner’s iconic ‘The Pack Survives’ tattoo.

The Tattoo Studio takeover at The Circle in Central London will be open for two days only from Tuesday 16th to Wednesday 17th April 2019. It will offer 16 different Game of Thrones inspired tattoo designs, drawing on iconic themes, quotes and symbols from the show.

Winzer, whose Hollywood client list includes superstar singers Miley Cyrus and Katy Perry as well as Game of Thrones’ own Lady of Winterfell. She has created a collection of tattoos suitable for every allegiance.

Targaryen supporters will love the homage to Daenerys’ dragons, Stark fans can show their devotion with Arya’s legendary Needle and Lannister loyalists can pay their debts to the show with the heroic Lion sigil, not to mention a host of other tats up for grabs too.

Watch Sophie Turner explain her Game of Thrones tattoo in the video below:

NOW TV is giving away up to 100 free tattoos. A ballot of 50 advanced appointments will be available via Eventbrite, so you’ll need to be quick for your chance to grab one. All is not lost if you miss a slot as 50 tattoo slots will be available for walk-ins across the two days – on a first-come first-served basis.

The Circle tattoo parlour will be given a Seven Kingdoms inspired makeover and those attending will be able to stream episode one of the new and final season on NOW TV whilst getting their tattoo done. All tats will be inked by either special guest artist Winzer or by one of a team of first-class tattooists from The Circle.

Note tattoos will only be available to those over the age of 18 and a valid passport of driving license must be shown on arrival at The Circle.

In this article:Game Of Thrones, HBO, Lauren Winzer, Now TV