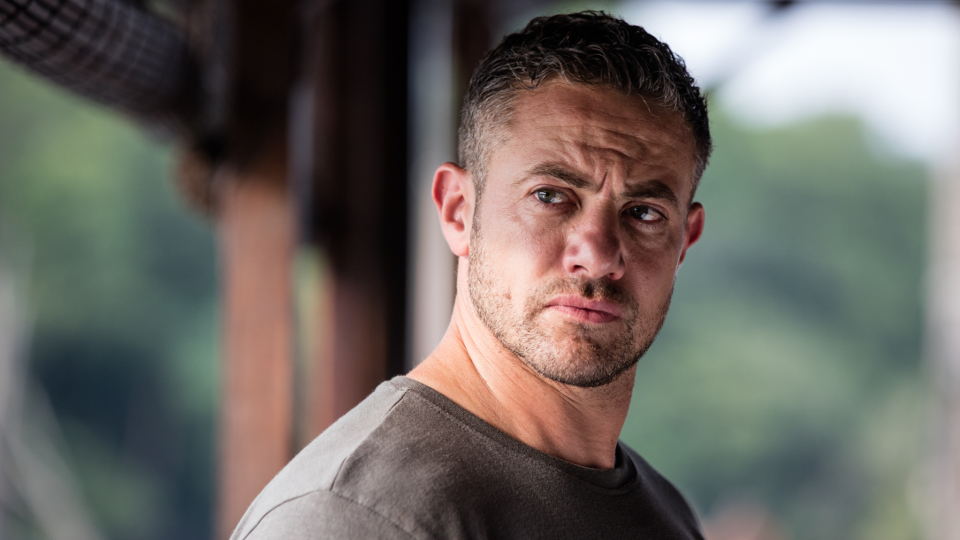 The last episode of Strike Back: Silent War (season 7) saw the team continuing their pursuit of the suitcase nukes.

Wyatt (Dan MacPherson) was beaten by Anjali Vartak’s (Shivani Ghai) men and then taken to be executed. He managed to distract and then overcome three men before returning to the team.

The team took Connor Ryan (Aidan McCardle) to get his intel on Vartak. They found themselves under attack from Gopan who took hostages. The team eventually managed to escape with the intel thanks to help from Zarkova. Connor didn’t listen to Mac (Warren Brown) and was killed in the crossfire.

Chetri (Varada Sethu) didn’t have the equipment to hack into the encrypted hard drive. So Zarkova took the team to use Pavel’s (Alec Newman) equipment which gave them details of two locations.

They tracked Vartak and Gopan down but they escaped. Wyatt went after Vartak and ended up killing her in order to prevent her detonating a dirty bomb.

The rest of the team went after Gopan and Zarkova killed him. Before he died he revealed that he had orders not to kill her because the Russians were behind everything.

At the end of the episode, the nukes got away but Chetri managed to take a photograph of the truck driver and got a match via facial recognition.

In the fifth episode, when the suitcase nukes are stolen by the unhinged drug lord Zaza, Section 20 must blow up relay towers in the unforgiving Myanmar jungle, Novin goes undercover as an arms dealer, whilst ghosts from Wyatt’s past threaten to re-emerge, until a casino shoot-out and exfil sends Section heading in different directions.

Preview Strike Back: Silent War season 7 episode 5 with our gallery: