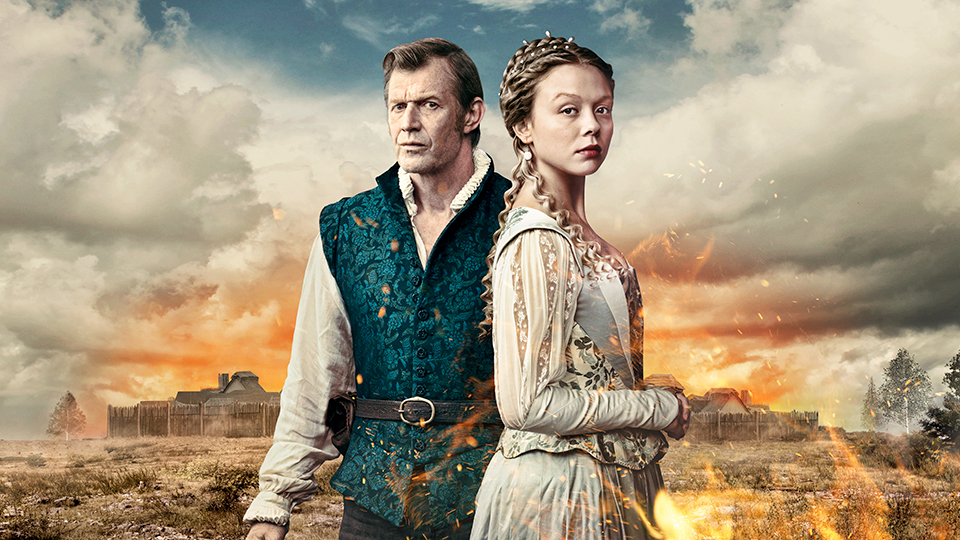 The third and final series of Jamestown arrives on Sky One at 9pm on Friday 26th April.

The first-look trailer has arrived for the series so you can get a look at what’s in store before it premieres next month. Watch it below:

Naomi Battrick returns as Jocelyn and Jason Flemyng returns as Governor Yeardley for the final series.

Series three, written by Bill Gallagher (Lark Rise to Candleford), charts the early days of the first British settlers in America. With trade booming and the tobacco farms thriving, the settlers’ pioneering aspirations soon clash with the realities of creating a new nation on foreign soil.

Tensions rise as the flourishing community seeks expansion onto Pamunkey land, and with politics rife in the air, the idealism of the New World is tested. As Yeardley’s thirst for power and wealth grows, there are far reaching consequences. And how far will Native American chief Opechancanough go to protect his land?

Cameron Roach, Director of Drama for Sky, said, “Jamestown is a very special Sky original drama of which we’ve had the privilege of sharing with our customers over the past two years. The third series marks the final chapter of an incredible story, which offers huge emotion as well as thrilling adventure, and we can’t wait for it to be shared with our audience. We would like to say a huge thank you to Bill Gallagher for such a compelling story, inspired by a remarkable piece of history, and to the team at Carnival, and the exceptional cast that have brought it to life.”

Richard Fell, executive producer for Carnival Films, said: “We are thrilled to be back with the residents of Jamestown as they face their biggest challenges so far. Yet again, Bill Gallagher has created an extraordinary and powerful season which manages to be both heart breaking and pulse racing at the same time.”

Series one and two of Jamestown can be watched on demand on Sky and NOW TV. Sign-up for a free trial of NOW TV now.

In this article:Jamestown, Sky One