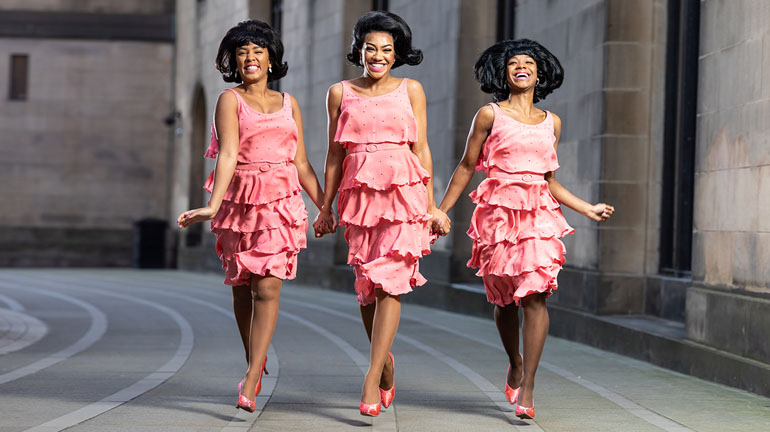 Motown the Musical at Manchester

Motown The Musical landed in Manchester this week to rave reviews as the hit show took to the Opera House stage in Motown’s 60th anniversary year for a 4-week run in the city.

To celebrate the show’s arrival, The Supremes stepped out for a stroll in the unseasonably warm sunshine at Library Walks, off St Peter’s Square.

With music and lyrics from the Motown catalogue and book by Motown founder Berry Gordy, Charles Randolph-Wright’s production features a live orchestra playing 50 Motown tracks including Ain’t No Mountain High Enough, I’ll Be There, Dancing In The Street, Stop! In The Name Of Love, My Girl and I Heard It through the Grapevine and tells the story behind the classic hits.

Motown The Musical is at the Opera House Manchester up to 23rd March 2019. Book online at atgtickets.com.

Read our five-star review of Motown The Musical when it stopped off at Leeds Grand Theatre late last year.