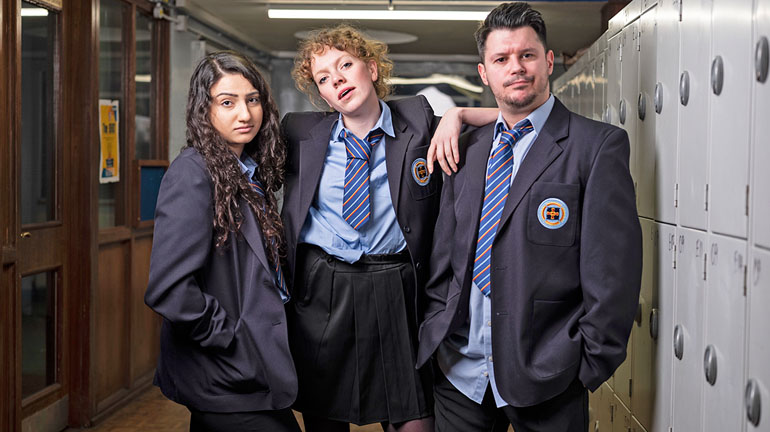 Get ready to go back to school as John Godber’s comedy Teechers is revived in a Gala Theatre Durham production which hits York Theatre Royal Studio from 21st May.

Teechers tells the hilarious story of an idealistic new teacher in his perilous first days inside a local comprehensive school.

Three school leavers – Salty, Hobby and Gail – decided to perform an end of term tribute about their times in secondary school. Their play is based on their own drama teacher who ignites their passion for the stage with his idealism and belief.

Teechers brings to life the school bully, feared by teachers and pupils alike; Barry, the kid who never brings his PE kit; and the Headmistress, whose main priority is the annual Gilbert and Sullivan production. The teachers are as ambivalent and mixed-up as the kids, and everyone’s counting down the days until they can get out.

Director Tom Wright, whose mother was a drama teacher in York before she retired, identifies with the plot:  “Now more than ever before drama and the arts, in general, are under attack in the state education system. This play is all about that; valuing each student and giving the gift of imagination, in a way which is playful and frequently hilarious.”