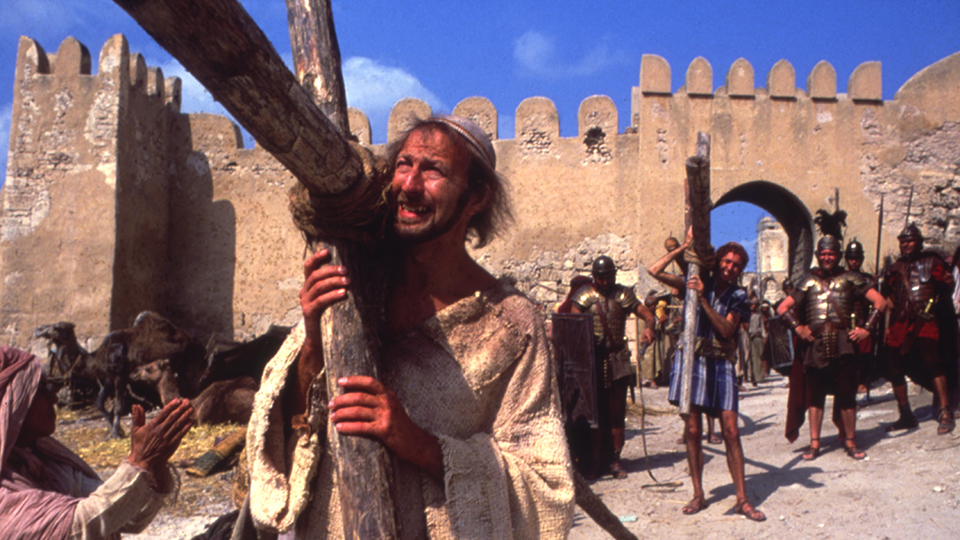 Monty Python’s Life of Brian is heading back to the big screen this Easter to celebrate its 40th anniversary.

Released by Trafalgar Releasing, the film will be in select cinemas around the world on 18th April 2019. Those attending screenings will receive an exclusive 40th anniversary commemorative pack (subject to availability), including a special edition poster, song lyrics, stickers and more.

“It’s another coming of Brian, and we are here to fill the world with laughter,” the Pythons have said on the upcoming anniversary celebrations. “The Life Of Brian may have been set 2000 years ago, but it’s a mirror of what’s going on today. Except that it’s funny. It’s one of the most prescient films for today’s society – from “We are all individuals” to Stan wanting to become a woman”.

Highly controversial on its original release, and banned in several countries, Monty Python’s Life of Brian is a comedy classic.

Set in 33 A.D. Judea, where exasperated Romans are trying to impose some order, it is a time of chaos and change with no shortage of messiahs and followers willing to believe in them. At its centre is Brian Cohen, a reluctant would-be messiah who rises to prominence as a result of a series of absurd circumstances providing ample opportunity for the entire Monty Python ensemble (Graham Chapman, John Cleese, Terry Gilliam, Eric Idle, Terry Jones and Michael Palin) to shine in multiple roles as they question everyone and everything from ex-lepers, Pontius Pilate and the art of haggling, to revolutionaries, crazy prophets, religious fanaticism, Roman centurions and crucifixion.

Marc Allenby, CEO of Trafalgar Releasing has said: “It’s a great privilege to be working with the Monty Python team again and to bring the 40th anniversary celebrations of this seminal comedy classic to cinemas around the world. The film continues to feel fresh, relevant and hilarious after four decades.”

To find out more about the release and to buy tickets, visit WeWantBrian.com.