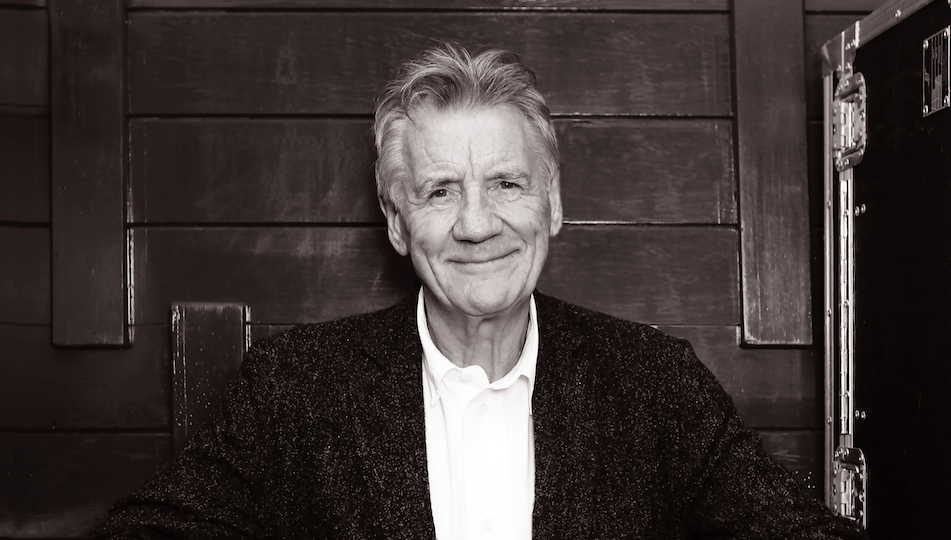 Now, celebrating the paperback release of his book, Erebus: the Story of a Ship, Palin will visit 12 venues around the UK, beginning in Bournemouth on 7th June and ending in Bath on 7th July. Tickets go on sale on Friday 25th January (see full dates below).

In the first part of the show, Palin will bring to life the thrilling story of HMS Erebus, the tough little ship that took on the Antarctic and the Arctic in the 1840s, and which was the subject of his latest bestselling book. His richly illustrated talk conveys the triumph and tragedy of the ship’s short and doomed life, and what it was about it that made him so keen to tell its story.

In the second half, Michael will tell his own life story, including how his three favourite subjects at school (Geography, History and Comedy) have shaped his life, from ‘Monty Python’ to ‘Ripping Yarns’ and the many television travel series that have taken him all around the world, from the North Pole to North Korea.

With previously unseen footage and previously untold stories, Michael shows how
comedy and adventure have been natural bedfellows during a rich and diverse career.

The tour is to celebrate the paperback edition of Palin’s book – Erebus: the Story of a Ship – and will be supported by local bookshops with signed copies available to buy.

Erebus: the Story of a Ship published by Arrow in paperback on 30th May, and is priced £8.99.

Tour dates below – tickets are on sale from 25th January – please contact the venues directly or visit www.themichaelpalin.com for more information.

In this article:Erebus: The Story Of A Ship, Michael Palin, Monty Python