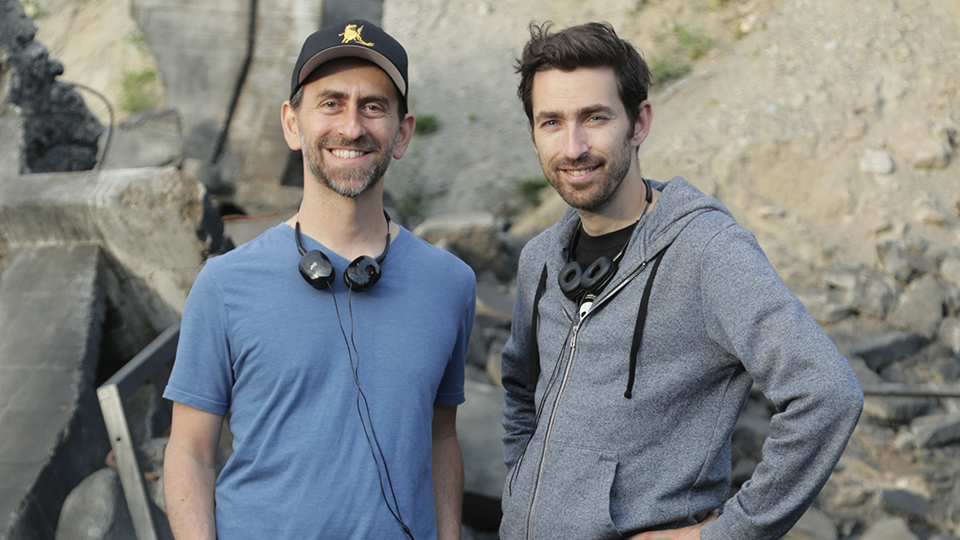 Zach Lipovsky and Adam B. Stein are the directors behind the bold and ambitious Freaks, which will be having its UK Premiere at Arrow Video FrightFest Glasgow 2019.

With a remarkable central performance from young actress Lexy Kolker, and a supporting cast that includes Emile Hirsch and Bruce Dern, Freaks blends sci-fi and horror with human drama.

I caught up with Zach and Adam ahead of the film’s UK Premiere to find out where the idea came from, discuss the possibilities of expanding Freaks’ universe, and to talk about the film-makers that have inspired them.

Adam: We are doing great, very exited for the film to premiere in the UK. I’m in Los Angeles California and Zach is in Vancouver Canada. We skype a lot.

Your film Freaks will receive its UK premiere at Arrow Video FrightFest Glasgow. What’s it all about?

Zach: Freaks is about a girl who’s grown up trapped in a house, having never left because her father says “If you ever go outside, if you ever even look outside, both of us will get killed.” She starts to get up the courage to escape, and when she does she learns he was telling the truth.

Where did the concept for Freaks come from?

Adam: We were initially inspired by my son, watching him grow up and see the world for the first time. Things that were totally normal like a car alarm terrified him, yet magical things like witches and monsters were totally real and normal. We started to think it would be fascinating to tell a genre story entirely from the perspective of a child and take the audience on the ride of trying to figure out what was really going on.

Much of the film hangs on Chloe. Lexy Kolker is incredible in the role. How difficult was it to find the right actress for that role?

Zach: Very difficult to find her, we searched all over Canada and the US. We also auditioned in a unique way, relying mostly on improv and exploring moments from their real lives. We knew we were going to shoot the film with a lot of improve and Lexy really excelled when connecting to emotions from her real life.

What would you say were the biggest challenges in bringing Freaks to the big screen?

Adam: We were constrained on our budget, so the biggest challenge was writing a script that would feel big even though it was small. And we had to constantly figure out creative solutions to budget problems. Our crew leads were experienced but a lot of the other crew were inexperienced. The good part of that was it created an ethos of everyone figuring out how to make this film together, and the people who ended up working on the film did so because they loved it, not because it was a lucrative job. I think that love comes through on screen.

The film is so incredibly ambitious and it feels like the universe it creates could be explored further. Do you have any plans for sequels or spin-offs?

Zach: We would love to keep expanding the universe. It largely depends on how many people see and share the film. We are starting think of how the next chapter could exist as a TV series which would be a lot of fun.

What film-makers and films have inspired you in your careers so far?

Adam: We’re inspired by so many different films and directors. We both grew up watching Spielberg movies that inspired our imaginations… as we started getting more serious about film we keep coming back to films by the Coen Brothers, Terry Gilliam, Soderbergh, Tarantino, Kubrick, Sofia Coppola, Guillermo del Toro, Alfonso Cuaron, Edgar Wright, Lord & Miller, Debra Granik… I got to work with Miguel Arteta early on in my career so he’s been a personal inspiration and mentor.

For Freaks in particular we looked at independent films that starred young children, like Room and Beasts of the Southern Wild… we wanted to create the same sense of realism and history in that parent-child relationship. We were also inspired by words of wisdom from Mark Duplass, who gave a great speech about crafting a story based on the resources you have; not letting a lack of resources stop you from making your film.

What’s your favourite horror film of all-time and why?

Zach: Mine is The Shining. The mastery of sound, visuals, dread and story are just so great. I’m also pretty fond of “The Thing.” Both are about people isolated in the cold, maybe that says something about me.

Adam: We just directed the live action adaptation of Kim Possible for Disney. It was really fun to adapt such an iconic cartoon to live action. And we’re writing our next projects now.

Zach: Freaks is a very personal grounded emotional story wrapped inside a gripping sci-fi mystery. It’s been winning Audience Awards and Jury Awards around the world. We’re excited to see what the Glasgow Audience thinks!