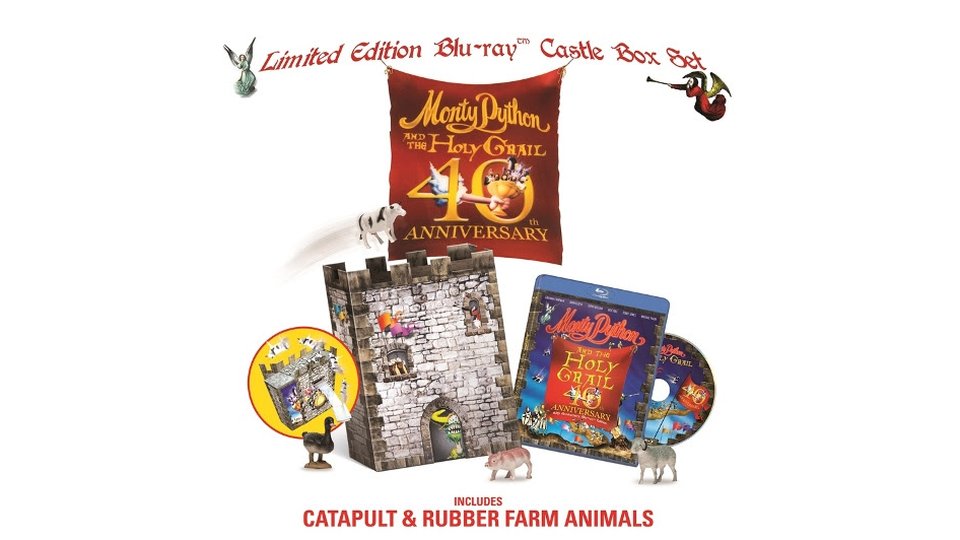 Monty Python and the Holy Grail: 40th Anniversary Edition will be released by Sony Pictures Home Entertainment on 12th October 2015.

Once in a lifetime, there comes a motion picture that changes the whole history of motion pictures. A picture so stunning in its effect, so vast in its impact that it profoundly affects the lives of those who see it. Monty Python and the Holy Grail might well be that motion picture. In celebration of its 40th Anniversary milestone, immerse yourself in an experience with extras such as an all-new Q&A featuring the (remaining) Pythons, hours of slightly older special features, and a 40-year old movie presented in stunning high definition.

Monty Python and the Holy Grail will be re-released in over 500 UK and Irish cinemas for one night only on Wednesday October 14th in a brand-new sing-a-long version. The screenings will be accompanied by a specially filmed, exclusive, introduction from Terry Jones, Terry Gilliam, Michael Palin, Eric Idle and John Cleese. Further information is available from Park Circus http://www.parkcircus.com.