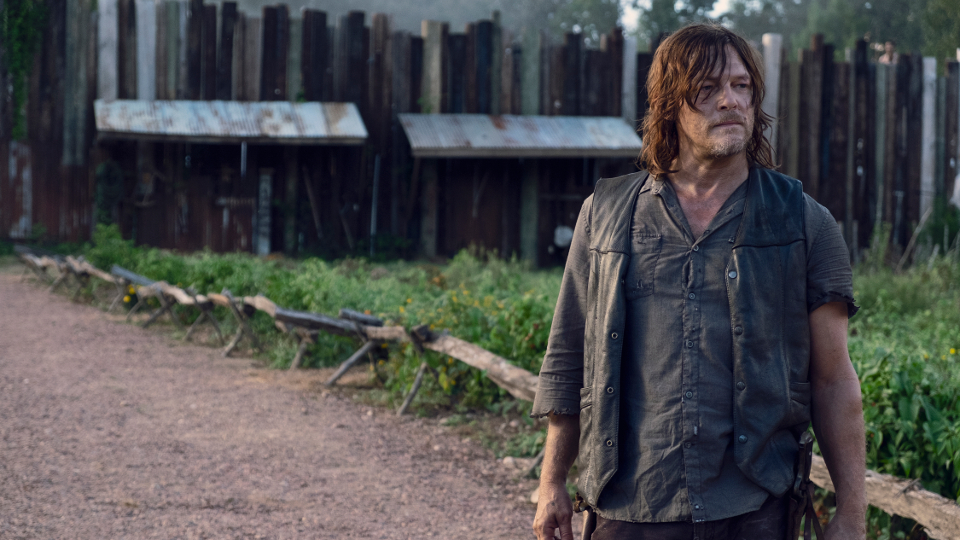 Most of the episode was dedicated to Lydia (Cassady McClincy). Daryl (Norman Reedus) listened in as she opened up to Henry (Matt Lintz). They discovered she had been through plenty of traumatic experiences growing up the way the world was. Her memories were confused and what she was led to believe was all lies.

Elsewhere in the episode, Tara (Alanna Masterson) led Yumiko (Eleanor Matsuura), Magna (Nadia Hilker), Connie (Lauren Ridloff) and Kelly (Angel Theory) to try and locate Alden and Luke. Instead they only found their mutilated horses. The group snuck out after dark to try again but came up with nothing. Connie and Kelly stayed out unaware that some of the Whisperers were watching them.

At the end of the episode, the Whisperers had followed Connie and Kelly back to Hilltop. Connie was unable to make it back in time so tried to hide. Alpha (Samantha Morton) approached Hilltop and demanded the return of her daughter.

Watch the promo trailer for The Walking Dead 9×11 below:

The next episode is Bounty. The savage group led by Alpha confronts the Hilltop in a harrowing attempt to retrieve her daughter. A supply run for the Kingdom turns into a dangerous quest.

Tune in to AMC on Sunday at 9/8c in the US and FOX on Monday at 9pm in the UK to see the episode. Preview it with our gallery below: