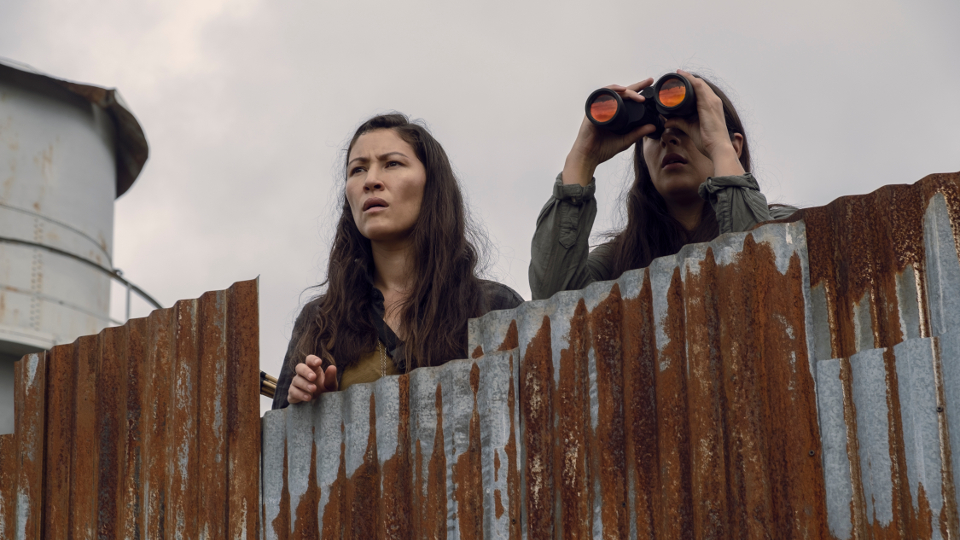 On the latest episode of The Walking Dead, Daryl (Norman Reedus) did everything he could to find out more about Lydia (Cassady McClincy).

The episode opened up with a flashback to around three weeks after the initial zombie outbreak. It showed a group of survivors who were holed up together, wondering what the best course of action might be. Among them was a man and woman with their young daughter. It quickly became apparent that we were seeing a young Lydia with her mother and father.

Much of the episode focused on Lydia’s memories of the past as she discussed them with fellow prisoner Henry (Matt Lintz). Much of what she said didn’t feel like it was the truth, even when she believed that it was. She spoke of her mother and father but didn’t remember things as they were due to her age, the trauma she’s been through and probably plenty of lies.

While the pair chatted, Daryl sat outside and listened. He eventually stepped in when he felt that Henry was revealing too much. Daryl tried to talk with Lydia and offered her medicine and water. She let him get close and then lashed out but he was prepared.

Having suffered abuse himself in the past, Daryl found he sympathised with Lydia. After giving Henry a talking to, he watched as Henry let her out of the cell and took her outside. She had been taught that communities couldn’t survive but Henry showed her that Hilltop was thriving. It was all too much for her and she asked to go back in the cell.

Having had her eyes opened a bit, Lydia seemed more co-operative and gave up some more info on her mother and the Whisperers. This included a potential camp which Daryl was keen to investigate. She said that if her mother had their friends she would probably have killed them.

Elsewhere in the episode, Tara (Alanna Masterson) led Yumiko (Eleanor Matsuura), Magna (Nadia Hilker), Connie (Lauren Ridloff) and Kelly (Angel Theory) to try and locate Alden (Callan McAuliffe) and Luke (Dan Fogler). They didn’t find them but they did find their horses hacked up and skinned. They killed a group of walkers that were feasting on the horses.

Later, Yumiko rallied her group and held a vote to decide if they should sneak back out after dark to continue the search. Surprisingly, Magna was the one who needed most convincing but eventually they all agreed. Their search didn’t go so well due to it being too dark so Yumiko and Magna went back. Connie and Kelly decided to stay out and keep looking, unaware that the Whisperers were watching.

At the end of the episode, Connie and Kelly were escorted back to Hilltop by guards that Tara had sent after them. Yumiko, Magna and Tara watched from the wall as they approached. Suddenly a group of walkers came into view and headed towards Hilltop. Something wasn’t right because they were marching with purpose.

It was a group of Whisperers along with their leader Alpha (Samantha Morton). There wasn’t enough time for Connie to get back inside the walls so she hid in a corn field. Alpha pushed her way to the front of the group and demanded that her daughter Lydia be returned. Will Daryl give her up?

Can’t wait for the next episode? Check out our preview of The Walking Dead – 9×11 Bounty.