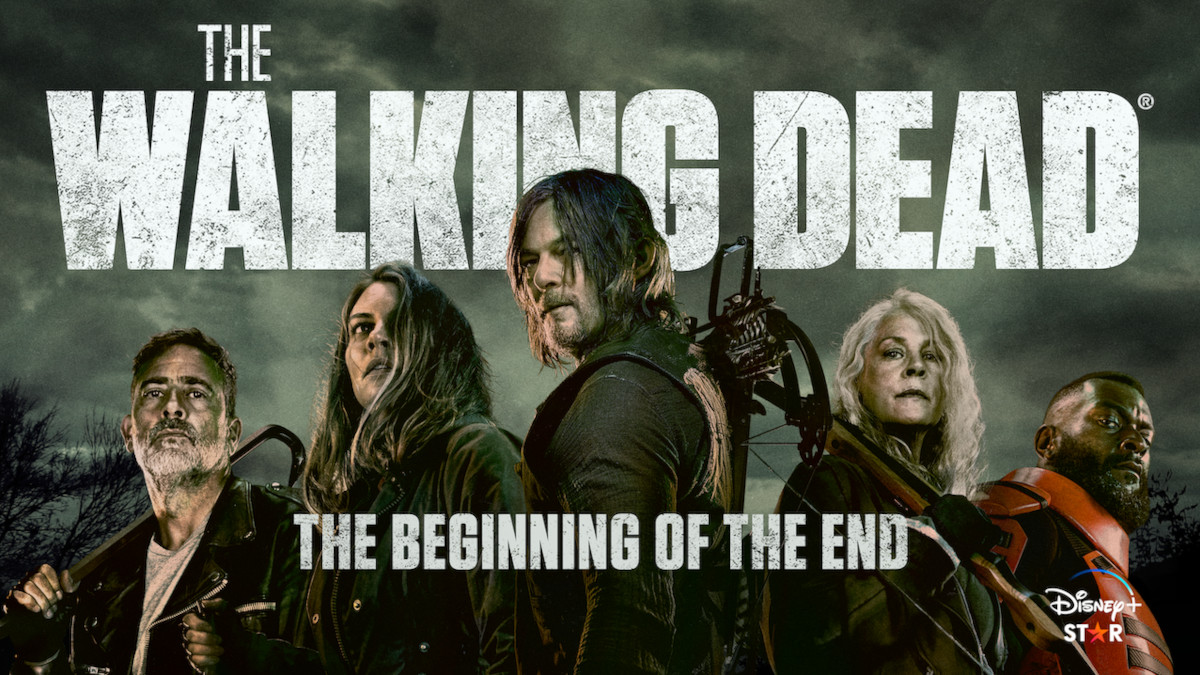 The Walking Dead returns to UK screens tomorrow (23rd August) for it’s eleventh and final season. Season 11 is set to be the biggest ever with a run of 24 episodes. These are going to be split into three eight-episode blocks, with the final two blocks showing in 2022.

Watching the show is going to be a little different than usual with the FOX channel closing down. Instead, UK fans will be able to stream the new episodes via Star on Disney+. We’re used to getting the episodes a day or so behind the US, however, we’re expecting episodes to show up each week around 8am.

Season 10 saw the end of the Whisperer War with the survivors facing off against Alpha (Samantha Morton) and her horde. A plan set in motion by Carol (Melissa McBride) saw Negan (Jeffrey Dean Morgan) infiltrate the Whisperers and kill Alpha.

At the end of season 10, Beta (Ryan Hurst) lost his mind and led the remaining Whisperers and their horde on an assualt of the hospital where the survivors were. Daryl (Norman Reedus) led most of the survivors to safety through the horde.

Gabriel (Seth Gilliam) stayed behind but was saved when Maggie (Lauren Cohan) showed up. She had received letters from Carol and brought some friends to help. Maggie and her group also rescued Aaron (Ross Marquand) and Alden (Callan McAuliffe).

Negan and Daryl worked together to put an end to Beta. Lydia (Cassaday McClincy) wore her mothers mask and led the horde off a cliff. She planned to jump herself but was stopped by Carol.

Elsewhere, Virgil (Kevin Carroll) arrived back at Oceanside and found Connie (Lauren Ridloff). While, Eugene (Josh McDermitt) took his group on a mission to find Stephanie. Instead they ended up getting captured but a group of armed soldiers.

The season 11 premiere is Acheron: Part I. Daryl’s crew scours a military base. Maggie tells her story, leading to a new mission for survival.

Tune in to Star on Disney+ on Monday 23rd August from around 8am in the UK to see the episode. Preview it with our gallery below:

Credit: Josh Stringer/AMC
In this article:AMC, Disney+, The Walking Dead