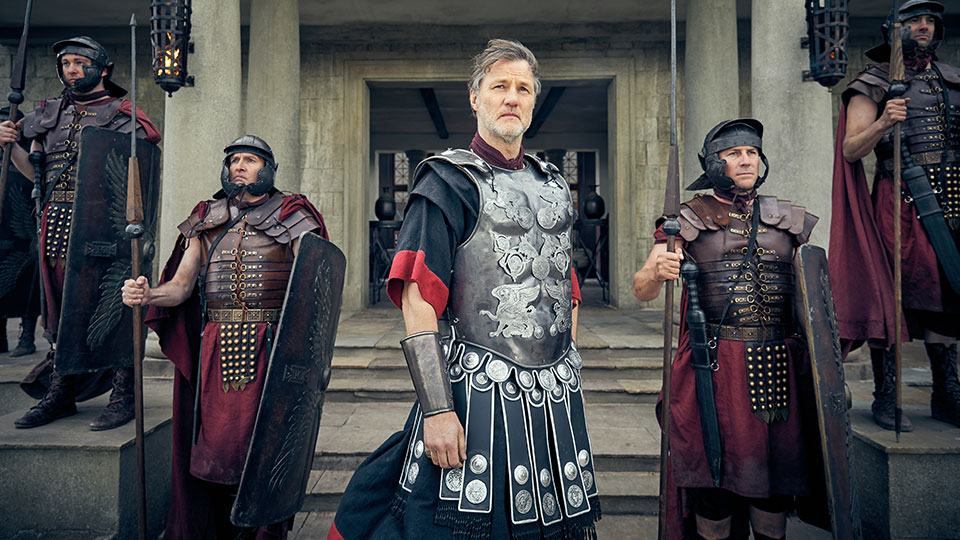 Three first-look images have been released for series 2 of Britannia.

It gives fans a glimpse at returning characters General Aulus (David Morrissey) and Cait (Eleanor Worthington-Cox), and debuts Mackenzie Crook as Harka – ‘The Dead Man’ and brother of Veran – also played by Crook.

Two years on from invading Britannia, General Aulus (Morrissey) is romanising willing Celt tribes with the help of Celtic Queen Amena (Annabel Scholey), and crushing those who try to resist. Aulus’s behaviour raises suspicions that he has another agenda; one that raises ghosts in Amena’s past and makes his threat to the Druids ever more critical.

The only form of hope for the Druids and Celts is Cait (Worthington-Cox), a young girl being trained by outcast Druid Divis (Nikolaj Lie Kaas), to fulfil a prophecy that would save Britannia from the Romans. But when the dead man wakes, two Druid brothers – Veran (Mackenzie Crook) and Harka (Crook) begin an epic battle of wills that divides the Druids and puts the prophecy in jeopardy.

Britannia series 2 will air on Sky Atlantic and NOW TV this autumn.