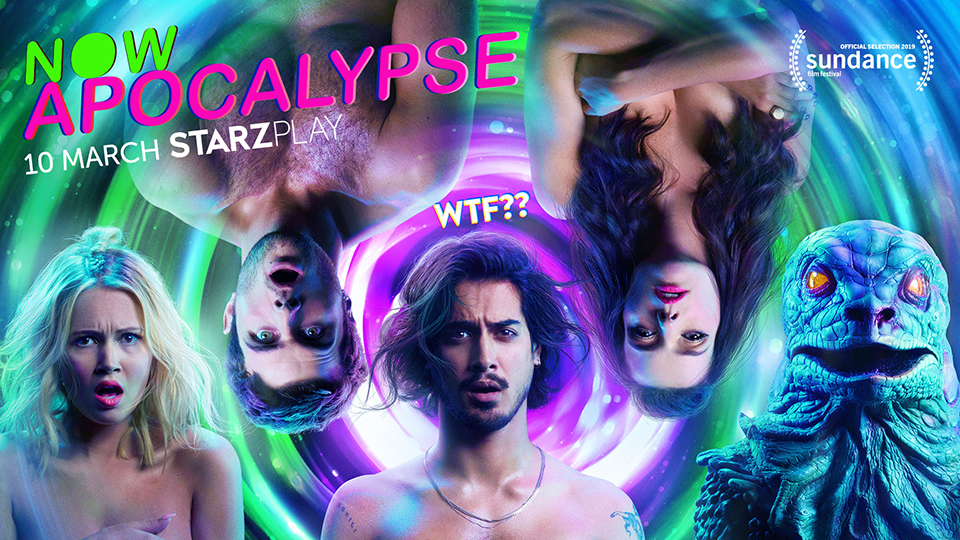 Now Apocalypse will debut in the UK on STARZPLAY via Prime Video Channels on 10th March.

The 10-episode series, which will make its world premiere as an Official Selection of the 2019 Sundance Film Festival is created and executive-produced by veteran indie filmmaker Gregg Araki (Kaboom). Steven Soderbergh (Logan Lucky) and Gregory Jacobs (The Laundromat) also serve as executive producers.

Now Apocalypse stars Avan Jogia (Tut) as Ulysses, who is struggling to figure out his life in the surreal and bewildering city of Los Angeles. Kelli Berglund (Lab Rats) stars as Carly, Beau Mirchoff (Awkward) as Ford, and Roxane Mesquida (Kaboom) as Severine, all of whom are on quests pursuing love, sex and fame.

Between sexual and romantic dating-app adventures, Ulysses grows increasingly troubled as foreboding, premonitory dreams make him wonder if some kind of dark and monstrous conspiracy is going on — or if he is just smoking too much weed.

STARZPLAY is available with an add on subscription via the existing Prime Video app to watch anytime, anywhere on smart TVs, iOS and Android mobile devices, Amazon Fire TV, Fire TV Stick, Fire tablets and games consoles and through the web.

Sign-up for a free 30-day trial of Amazon Prime Channels.