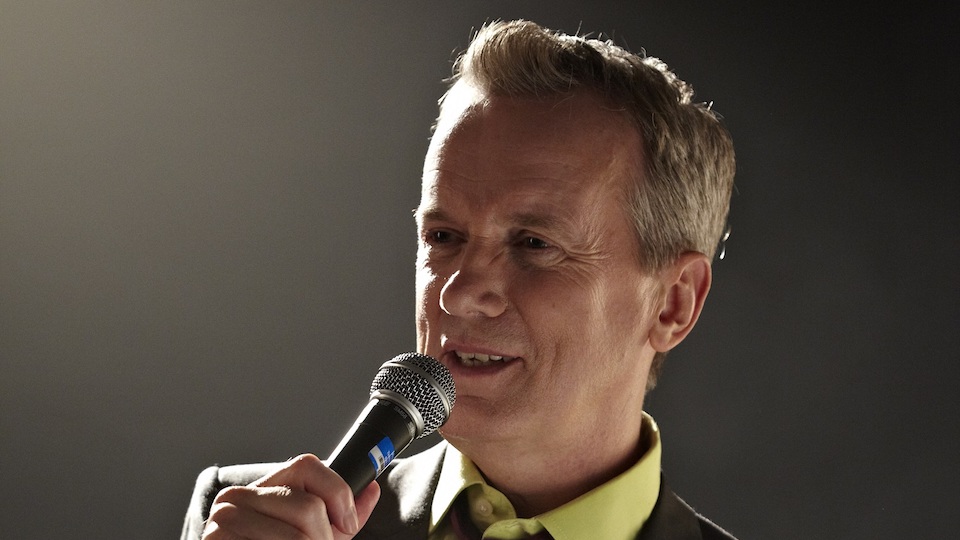 In 1987 Frank spent £400 of his last £435 booking a room at the Edinburgh Festival Fringe. Four years later, in 1991, he returned to the city and beat fellow nominees Jack Dee and Eddie Izzard to take home comedy’s most prestigious prize, The Perrier Award. Frank’s last live show, Man In A Suit, sold out its debut run at London’s Soho Theatre and a subsequent five week residency at the Leicester Square Theatre. Frank performed Man In A Suit for 24 consecutive nights at the Edinburgh Festival Fringe in 2014.

In 2018 Frank’s TV credentials included writing and starring as Johnny Cash in Johnny Cash & the Ostrich – a one-off special forming part of the successful Urban Myths series airing on Sky Arts, as well as hosting a seventh series of BBC1’s Room 101. As a radio presenter, Frank’s award-winning Absolute Radio show attracts over one million listeners per week, has achieved 10 million podcast downloads and saw him inducted into the Radio Academy’s Hall of Fame in 2016.

This March a handful of audiences in Liverpool’s St George’s Hall Concert Room, Chelmsford’s Civic Theatre, Salford’s The Lowry and Swindon’s Wyvern Theatre will be able to see Frank’s new show before anyone else.

Further plans for the show are yet to be confirmed. Tickets are on sale now, see information below.