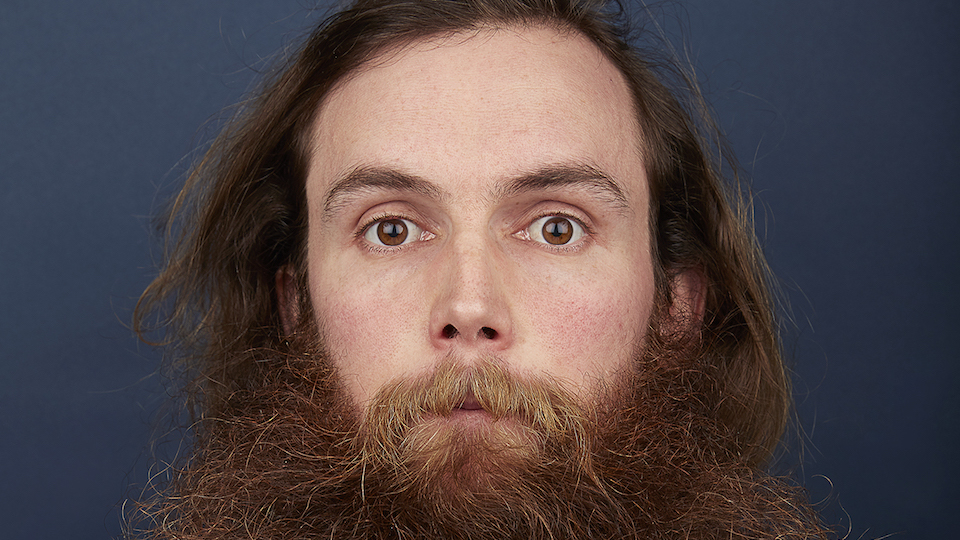 This August Rob Auton returns to Edinburgh Fringe to perform his seventh hour, The Talk Show, in which Rob will put his own familiarity with isolation under the microscope.

Alongside The Talk Show, Rob is set to star in Frank Skinner’s debut play at the Pleasance Queen Dome. ‘Nina’s Got News’ tells the story of Nina’s truly incredible news, how her ex-boyfriend Chris and her best friend react to it, and whether they can possibly believe her. The piece is part of a new initiative encouraging writers who have never written for the stage before to step out of their comfort zone and write their first play.

Catching him between rehearsals for Nina’s Got News, I recently got to chat with Rob about talking, loneliness and why he’s pleased with his decision to double his Edinburgh workload this year.

Rob this is your first time in an acting role, are you enjoying it?

Yeah it is, it’s great. It’s a massive challenge for me but I’m enjoying it. I think if anything’s difficult it’s probably worth doing in the long run, isn’t it?

I imagine it’s been a real pleasure working with Frank Skinner?

It’s great, just to be around someone like him who’s got such a strong work ethic and he’s so sharp all the time. He’s got a fantastic comedy brain. He never switches off. We’ve been sitting around talking about the play and working with the director, Polina Kalinina, as well who is challenging Frank. I think everyone in the room is learning a lot. I certainly am, anyway. It’s exciting.

Yes, there’s three of us and we’re all on stage for pretty much the entire time. It’s interesting. I’ve never done two shows a day up at Edinburgh. But I’ve previously ended up doing two or three other short spots when I’m up there anyway. The play’s on at 2.50pm then my show’s on at 6.10pm so it’s not too big a gap. I’m excited as they’re two really different things. The play is scripted, obviously, I’m acting. The Talk Show is an opportunity to play about and have fun as well as say something relevant about talking. I love performing so it’s a positive experience.

How did you feel when you were asked to be in the play after Frank saw you at a spoken word performance?

Yeah, he came and saw me read some of my poetry at The Soho Theatre and he liked it. Then I went to do a read through of the play. They liked it and said I could do it if I wanted. I said I’d love to. Just to challenge myself, really. Test my mettle, see what the craic is. It’s a painful process trying to learn lines but that’s what the legwork is.

Is it really different to learning your own show, because it’s not your own words?

Yeah, I think with monologues for my own show, there’s no interruptions and you know it inside out. With this show it’s good as there’s prompts. My co-stars, Jessica Clark and Breffni Holahan, are proper actors. I don’t want to be dragging it down.

Have you been guilty of corpsing?

It’s great to have a laugh with everyone, it’s different to working alone on a solo show. We’ve been doing rehearsals for weeks now and this is the first 10am-6pm every day that I’ve done since 2012. Just to be around people during the day, to be getting up, on the tube and have structure it’s so important for mental stability. If I’ve learnt anything it’s the fact that I just need to get out. That leads onto The Talk Show and isolation.

Yes, in The Talk Show you’re examining how lonely it can be on tour and when you’re writing alone?

Yeah, all those things. I work from home. When I venture out to the supermarket I’m absolutely gagging to speak to the attendant on the till, or when I’m at the post office and people are talking in front of me, I love to watch other people talking. I love listening to people. There’s no drama or theatre better than listening to two real people talking on a train and the realness of it. That’s what I want to try and create in the room in Edinburgh is the dialogue between me and the audience and themselves talking to each other. I hate it in shows if someone says ‘hug the person next to you’, I don’t mean that, I mean I want to have people bump into each other in the street after the show and talk to each other about it.

Yes, you spill out of a show and everyone remains quiet. I often feel like I’d like to suggest a big ‘What did you think of that?’ chat afterwards but you don’t because you feel people will think you’re strange.

That’s the whole thing about the show. Why don’t I talk to people as much as I should? Because I’m paranoid about what they might think of me when really I want to be getting into lifts and saying, ‘Wow! We’re in a lift, isn’t it amazing! Can you believe this metal exists!’ All my shows are about trying to come to terms with being a human. This one is even more but I’m just mining the talking thing, I want it to be a live event in the room, I’m not doing it for therapy, I just want to say my piece. I can talk about things I want to talk about this year. Last year it was all about Hair. This year I’m freer to talk about what I want. With Hair people were calling it stand up and I’ve never seen myself as a stand up. When I started I had stuff written down in books that I wanted to share. I went to a poetry café and then I was invited to an alternative comedy night. I’ll just do it wherever people will have me. I say I’m a writer and performer. The audience can make their own minds up, I just want to share it. It frees me up because it means that I don’t have to be funny. Life isn’t a barrel of laughs any way and I want to try and express that as much as I can.

See details on how to book for both Rob’s Edinburgh performances below – and do remember to talk about them afterwards.