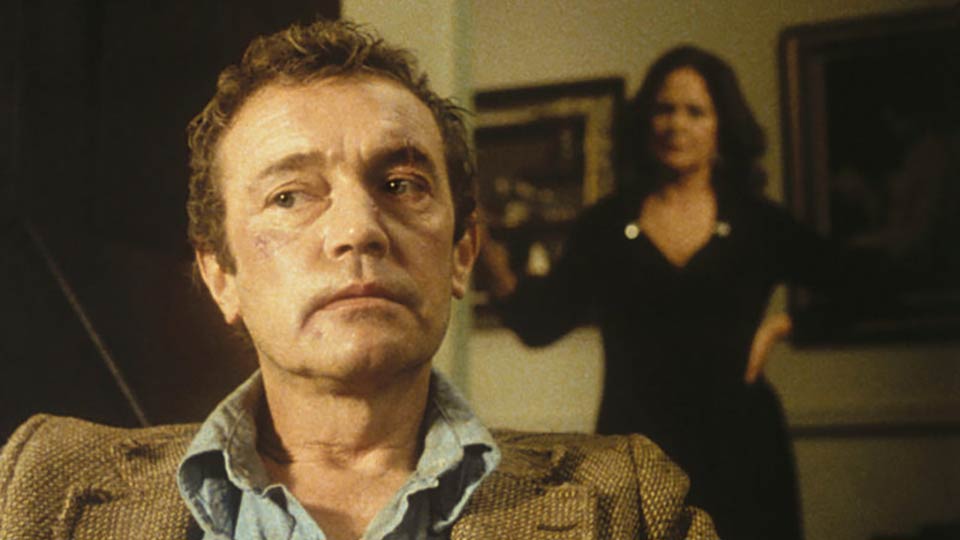 “Have you checked the children?” the babysitter (Carol Kane) is asked by a sinister phone pest (Tony Beckley) who calls her repeatedly. She knows it’s a prank, because the children are fast asleep upstairs… aren’t they?

Fred Walton’s horror classic which uses an urban legend to create an all-too-believable scenario has inspired countless other movies in the four decades since it was made. The film is remarkable in many ways, but not least for its groundbreaking portrayal of a psychopath. Certainly Norman Bates had been a sympathetic, if slightly creepy character in Alfred Hitchcock’s Psycho (1960), but empathy lasts only so long as you believe him to be merely an accessory to murder. Curt Duncan (Tony Beckley) is introduced to cinema-goers in the first act as a violent killer on the other end of the phone line, yet when he appears in the flesh – he’s actually rather pitiful, and full of self-loathing. How should audiences react to him?

The subtlety of the killer is the strength of the movie, because, apart from the shocking reveals and set pieces, it’s what lingers in your mind after seeing it. To step outside of the usual objective reviewer role, I have been fascinated by British actor Tony Beckley for many years, and sadly, he died only six months after When A Stranger Calls was released, just as his star in Hollywood was deservedly rising. On a trip to LA, I visited his grave in a cemetery surrounded by major deceased Tinseltown players, specifically to pay my respects to him. “Tony Beckley, actor,” an American woman read from his gravestone. “Who the hell was he?” You win some, you lose some…

But anyone who’s seen When A Stranger Calls will remember his haunting, strange, hypnotic performance as Curt Duncan. Beckley was no stranger to playing creeps and oddballs – he made a career of it – but his final film performance is surely the crowning achievement in a list of credits oozing with menace and mania. The scene where he examines himself in a mirror, naked, in a doss-house in downtown LA, doesn’t have to have made the final cut, but it makes the film way more interesting.

There are three other major strengths to When A Stranger Calls. One is the note-perfect performances of the other leading actors. Carol Kane is highly credible as the neurotic babysitter who is haunted as a mother by the same killer, whilst the still, solid centre of the movie is given to the dependable Charles Durning, who dedicates himself to hunting down Curt Duncan. The late Colleen Dewhurst is also commendable as the strong, independent woman whom the escaped Duncan attempts to befriend. The cast is well-served by Fred Walton’s solid direction that carefully builds the suspense and tension and never allows the audience a moment’s levity. His use of actual locations in downtown LA gifts the film an added layer of believability that studio sets would have diminished. The scenes shot in and around the seedy bars at night are especially evocative of the dangerous, troubled side of urban life. Finally, Dana Kaproff’s musical score, which seems to take some cues from Bernard Herrmann, is never overbearing and adds greatly to the sense of creeping unease. The most negative aspect of the film is the time jump between the first act and the rest of the movie, which always takes a while to adjust to, as it feels like two movies in one. Perhaps subtly feeding in the opening sequences as backstory would have made for a less disjointed viewing experience.

When A Stranger Calls has been polished up beautifully for this release. If you’re used to a bad DVD transfer where the colours are washed out and the picture almost too fuzzy to be watchable, then this re-release by Second Sight is a major step up, and the sound quality is vastly improved too. You can actually see the make-up on Tony Beckley’s face in one close-up!

Included in this release is the 1993 TV movie When A Stranger Calls Back, that was a partial sequel in that Carol Kane and Charles Durning returned for the project, as did Fred Walton. It’s a production that is easy to damn with faint praise by saying it’s better than you’d expect. The problem is that, whereas the original studiously avoided all cliches and sentimentality, and went for effective realism, the sequel eschews this approach, using a few corny plot devices involving a ventriloquist, and has more than its fair share of bad dialogue. The performances are good; and although Gene Lythgow isn’t afforded the same material to craft a memorable villain as Beckley was, he’s pretty chilling as the film’s baddie; Carol Kane is terrific at conveying how the events of the first movie have shaped her character years later. It undermines itself by using the same twist that was in the original, although the surreal performance art reveal at the conclusion is pretty neat and partially makes up for this. Against When A Stranger Calls, though, it doesn’t compare favourably. To be fair, not many psychological horrors do.

The limited edition special features include an original soundtrack CD, a 40-page booklet, a reversible poster, Fred Walton’s The Sitter – the short movie When A Stranger Calls was based on, and recent interviews with Carol Kane, Fred Walton, Rutanya Alda and Dana Kaproff. Although Tony Beckley is fondly remembered by those who worked with him, there’s sadly no comment about his death so soon after the film was made, but his final work remains an enduring tribute to him, and it’s fantastic to see it lovingly restored to magnificent clarity. Fans can finally experience When A Stranger Calls in all its glory. This chilling classic has never looked better.