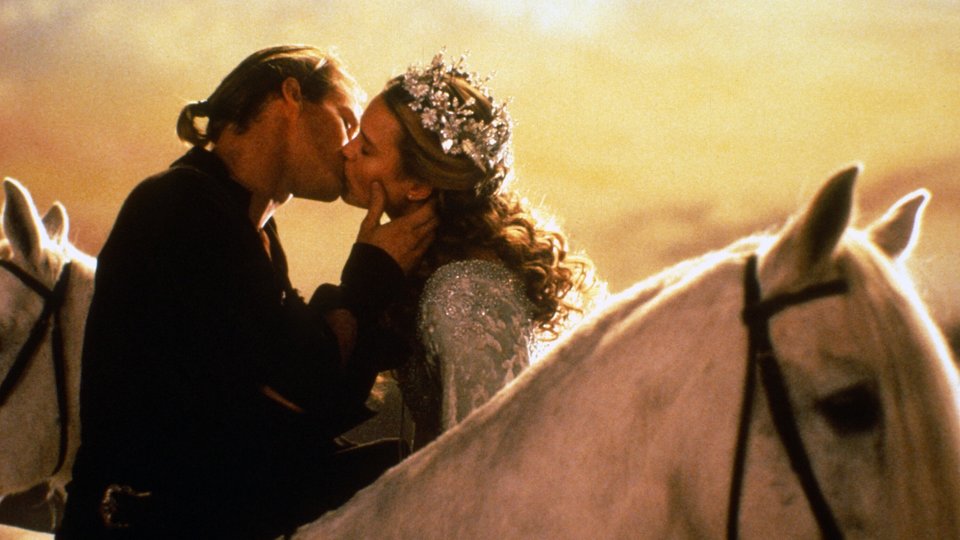 A fantasy tale of love and adventure see’s the beautiful Buttercup (Robin Wright – Forrest Gump) kidnapped by a giant, a criminal mastermind and a master Spanish swordsman. Her secret lover Westley (Cary Elwes – Robin Hood: Men In Tights) sets off to rescue her from the band of misfits, yet also on their tale is Buttercup’s finance Prince Humperdinck (Chris Sarandon – Fright Night). This story is told by a grandfather to his ill grandson, who brings to life the characters. Will true love win the day? Will Inigo Montaya find the six-fingered man? What is Humperdinck up to? And will Grandpa tell the story without any yucky kissing?

The Princess Bride is based on the book by William Goldman (who also wrote the screenplay) and is directed by Rob Reiner, and with Reiner at the helm he adds his typical style of clean-cut humour that works perfectly for this film.

Everyone, at one time in their life, has been in the position of having a fairytale read to them so we can all relate to the outer-rim story of the grandpa telling the sick grandson the story and developing the characters outside of the books’ realms. Peter Falk and Fred Savage play the grandpa and grandson respectively, and each do a great job of working their attitude into the small film parts they have, you can almost feel Savage’s pain when Grandpa starts talking about romance and kissing.

It’s the inner story, the fairytale fantasy, which is the true winner in this film. It’s a wonderfully open story and has a universal appeal for all ages. We want true love to blossom, we want the bad guys to get their comeuppance and we want to see wrongs be righted. Moving between many different types of sets and outdoor staging, the film greatly plays to its strengths that it never keeps you waiting long before a change in scenery.

The castle scenes are the best moments in the film, from the great set work all the way through to the hammy acting that adds magic to the story. Cary Elwes excels in his role of Westley that gives him a soppy attitude but a harden exterior until he finds his love. Not only that but he delivers his lines with such deadpan styling that it’s difficult, on first viewing, if he is joking or not.

But it’s the trio of kidnapping misfits that are the standouts – Andre The Giant as Fezzik is very scary but we start to melt alongside him as the story progresses, Vizzini (Wallace Shawn) has such a bad attitude that you cannot help but think he is the pantomime villain but Mandy Patinkin as Inigo Montaya truly shines here. His constant harassment of anyone new to find the man who killed his father is expertly played, he has a wonderful sword fighting technique that borders on dance rather than killing. It’s by far Patinkin’s best ever role, and one he will be remembered forever.

The Princess Bride has an everlasting story that appeals to every age. It’s wonderfully pieced together, with the added touch of the external storyline as well, and has many memorable lines that have echoed down the years. Ultimately it’s a film about love conquering all, and we can all enjoy that if it has sword fighting and giants involved too. It’s one of the finest fantasy films ever made.