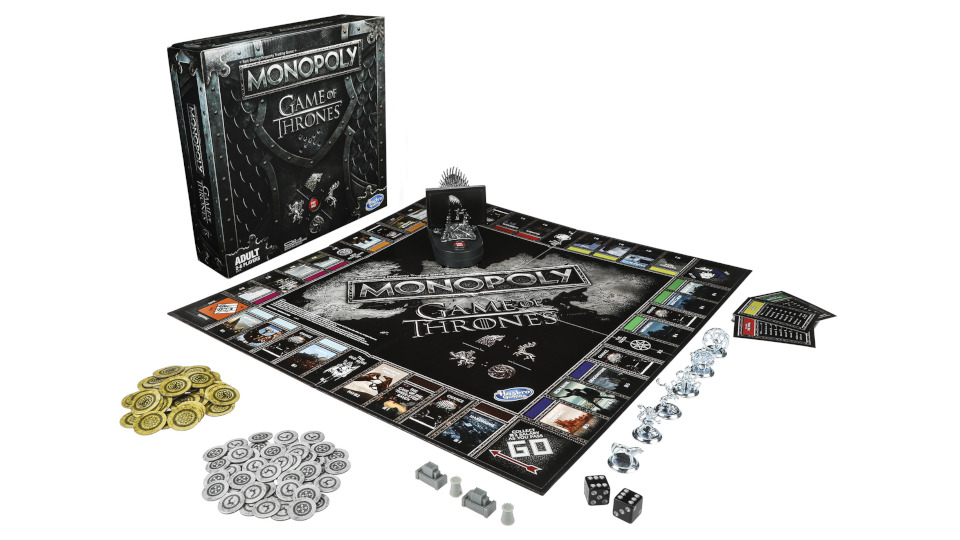 The Monopoly: Game of Thrones Edition game will also now feature an Iron Throne card holder that plays the iconic theme song throughout gameplay. This is the first time ever that a music component has been incorporated into a Monopoly board.

The game tokens are inspired by the honorary sigils of the Great Houses. Players will travel around the board to buy, sell, and trade iconic locations from the Seven Kingdoms, building castles and holdfasts in their pursuit to rule the Iron Throne.

The Monopoly: Game of Thrones Edition is designed for fans ages 18 and up is now available for pre-order in the U.K. at Smyths Toys. The game will be available at all major retailers nationwide beginning in February 2019.

Check out the official Monopoly website for more information.

In this article:Board Game, Game Of Thrones, Hasbro, HBO, Monopoly