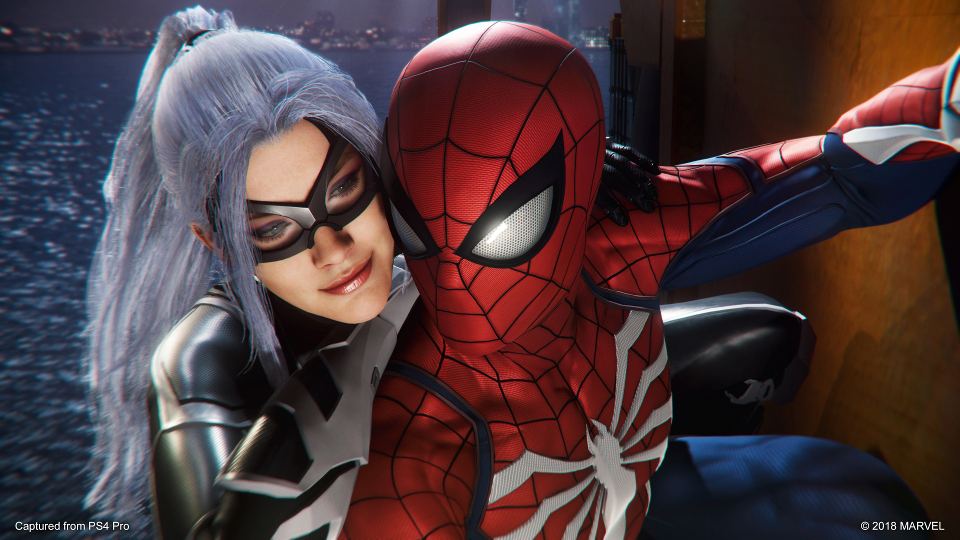 Marvel’s Spider-Man has been a tremendous success and easily one of the best games of the year. It’s so good that players have actually been not only completing the story but going the whole way and getting all the collectibles and side missions too. Players have wanted more and the team at Insomniac already delivered a new Ultimate difficulty and New Game Plus mode.

Now it’s time to jump back in again with the release of The Heist which is the first chapter of three in the The City That Never Sleeps DLC series. Deluxe Edition owners will already have access, everyone else needs to buy a Spider-Man season pass for £15.99 or individual chapters for £6.49.

Once installed the DLC is accessed in-game via the touchpad and DLC menu. You don’t need to have completed the main game to access it. Once launched it switches the game to a different instance of New York City. The game then solely focuses on the DLC content and you can of course switch back whenever you like.

The Heist sees the return of Felicia Hardy aka Black Cat. The story begins with an art museum robbery where Spider-Man and his old flame cross paths once more. The story also involves villain Hammerhead and his mob.

The museum gets raided and you’ve got to fight off huge groups of enemies. To keep things interesting enemies randomly try to escape with stolen art forcing you to break concentration and tackle them before they get outside.

Stolen art is a theme of this DLC and are used as a new collectible. Spider-Man must locate a number of stolen paintings hidden all around the city.

There are several large battles to overcome throughout the DLC that really test your mastery of the combat in the game. A new brute enemy with a chaingun crops up and proves a difficult foe.

The missions are mostly more of the same but do try some new ideas to mix things up a bit. One involves defusing bombs with a Spider-Bot and there is also a great chase sequence.

One I particularly enjoyed sees you team up with Black Cat and relies on stealth. Together you need to take out a large group of mobsters and it’s up to you if you want to take them yourself or give Black Cat the nod to go in for you.

Other activities to keep you busy involve a new faction called the Maggia. Random crimes crop up that you need to stop and there are multiple across each district. There are also challenges involving Screwball which can be tricky to overcome. There are also new trophies and three new Spidey suits to unlock including the Resilient Suit designed by Marvel Illustrator Gabriele Del’Otto.

This new chapter takes a good two to three hours to get through but left me wanting more. I can’t wait to dive into the remaining chapters – Turf Wars and Silver Lining to see what they have to offer.

The Heist DLC is a strong start for The City That Never Sleeps series. Impressively the quality set by the main game is still present here. If you enjoyed Spider-Man and fancy more then you’ll definitely want to pick this DLC up.

Marvel’s Spider-Man – The Heist DLC was reviewed using a digital code supplied by the publisher.