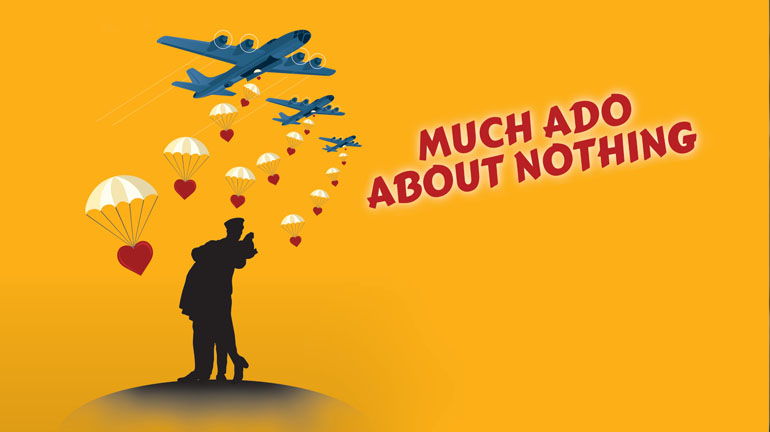 Much Ado About Nothing

Featuring Reece Dinsdale in the role of Benedick and directed by Conrad Nelson, Much Ado About Nothing is told in true Northern Broadsides style and set at the end of World War II.

Six long years of war are finally over. Returning soldiers swap the booming battlefield for a landscape of love, masked balls and much-needed laughter. Two young dreamers — Hero and Claudio — fall head over heels, while two others — Benedick and Beatrice — resume their combative courtship.