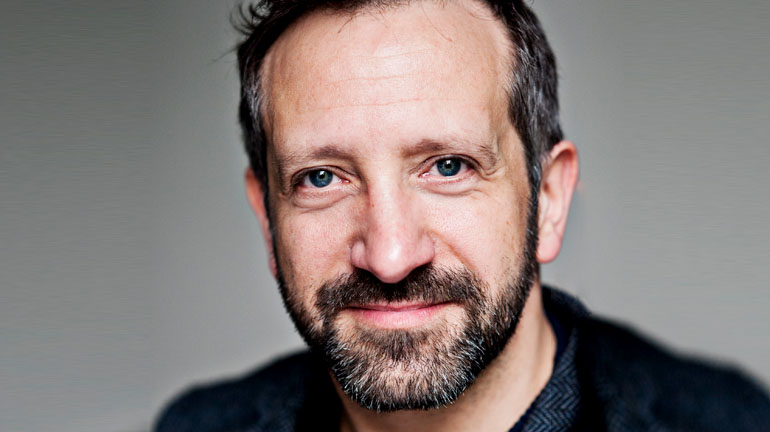 Robin Simpson will play Benedick in Northern Broadsides and New Vic Theatre’s forthcoming co-production of Much Ado About Nothing.

Robin will step into the role after Reece Dinsdale, who unfortunately had to leave due to a family illness. Robin will perform opposite Isobel Middleton in the play, which opens at the New Vic this February ahead of a tour.

Six long years of war are finally over. Returning soldiers swap the booming battlefield for a landscape of love, masked balls and much-needed laughter. Two young dreamers — Hero and Claudio — fall head over heels, while two others — Benedick and Beatrice — resume their combative courtship.

In rehearsal: Sophia Hatfield in Much Ado About Nothing. Credit: Nobby ClarkNe