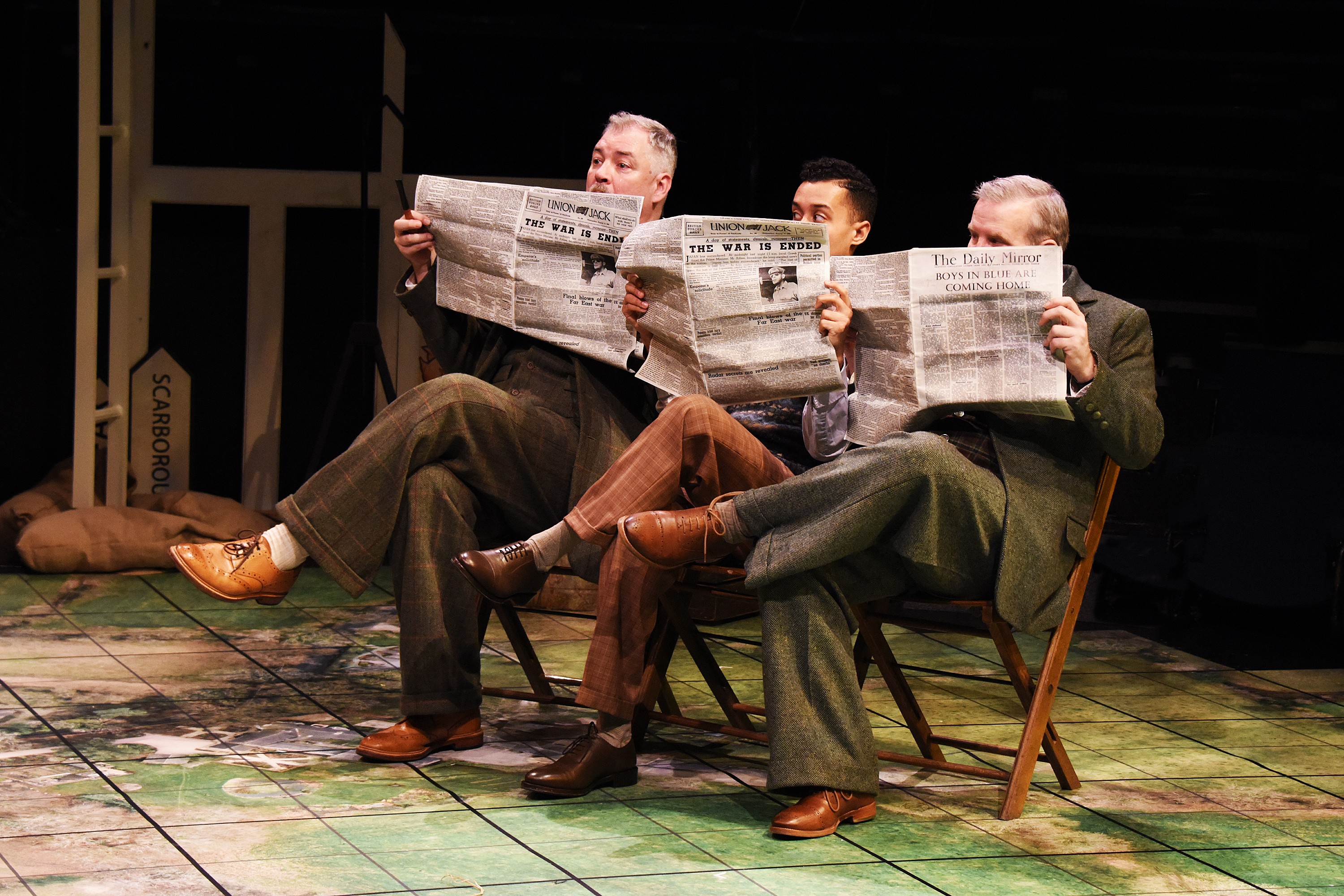 Northern Broadsides' Much Ado About Nothing. Credit: Nobby Clark.

Northern Broadsides returns to York Theatre Royal this May with Shakespeare’s Much Ado About Nothing – directed by Broadsides’ former Artistic Director Conrad Nelson.

Told in true Northern Broadsides style and set at the end of World War II, the production was last performed by the company in 2000 and is sure to capture the hearts of modern audiences.

Six long years of war are finally over. Returning soldiers swap the booming battlefield for a landscape of love, masked balls and much-needed laughter. Two young dreamers (Hero and Claudio) fall head over heels, while two others (Benedick and Beatrice) resume their combative courtship.

In a glorious tale of antagonistic romance and chaotic comedy, Isobel Middleton plays as Beatrice and Robin Simpson as Benedick. Sarah Kameela Impey is Hero and Linford Johnson plays Claudio.