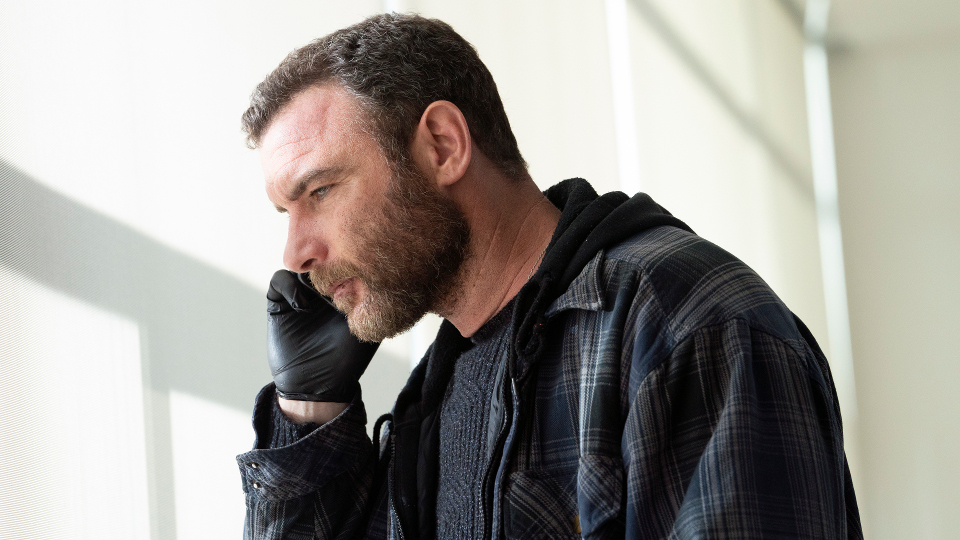 In the latest episode of Ray Donovan, Ray (Liev Schreiber) tried to clean up the fallout from his jump, while the rest of the family decided what to do about Mickey’s (Jon Voight) heart attack.

The episode began where the premiere ended, with Ray at the house of the man who blackmailed Anita Novak (Lola Glaudini). She called Ray to come over and help after she killed the man.

Ray pondered for a moment and then walked out on her. Outside he made a call to Winslow (Susan Sarandon) who asked him to sort it. Ray went back inside and told Novak to stay there and not let anyone in.

Meanwhile, Bunchy (Dash Mihok) was hanging around outside his daughters house. It looked like he was about to do something stupid until he received a call. He answered and was given the news that his father was in hospital. He called Daryll (Pooch Hall) but he was busy working on casting his new movie. He also called Ray to give him the news but he wasn’t interested.

Ray went to the hardware store to get supplies to dismember and dispose of the body. The store assistant jokingly asked if he was cutting up a body. Ray got a call from Mac (Domenick Lombardozzi) and went to see him.

Mac explained that the guy they tried to pay off was still causing problems. Mac said he previously planted drugs on him because he was a domestic abuser. Ray said he could sort the problem out but needed an untraceable weapon, a silencer and as much cocaine as Mac could get from evidence.

Mac came up with the goods, except for the silencer and Ray made a call to the guy to meet him at his apartment. The address he gave him was for the apartment of the blackmailer that Novak killed. When he turned up he walked inside and Ray took his jacket. He walked further inside and saw the body of the man that Novak killed. Before he could react, Ray used the guy’s jacket to muffle the gun and shot him through the head, killing him. With two body’s now close to each other in the apartment, Ray planted a weapon on each and the drugs. It looked like a drug deal gone bad. Problem solved?

Daryll eventually decided to visit Mickey and picked Conor (Devon Bagby) up on the way. At the hospital, Bunchy chatted to the man guarding his father. When the guard left to visit the toilet, Mickey told Bunchy that he needed to get him out of there. Bunchy went to the local store and came back with a hammer. He smashed the guard over the head with it and fled with Mickey.

Elsewhere in the episode, Smitty (Graham Rogers) asked Bridget (Kerris Dorsey) to marry him. She initially lost it and started screaming at him but eventually changed her mind. She called her father to tell him and he said he just wanted her to be happy.

Ray also met with Winslow. She explained that she needed Ray to help get Novak elected as mayor. She said she would pay him $100k a week until Novak was elected and double after that.

At the end of the episode, Daryll and Conor arrived at the hospital to visit Mickey. They discovered that he and Bunchy had gone and found the body of the guard. Will Mickey now go after Daryll and Ray?

Can’t wait for the next episode? Read our preview of Ray Donovan – 6×03 He Be Tight. He Be Mean.