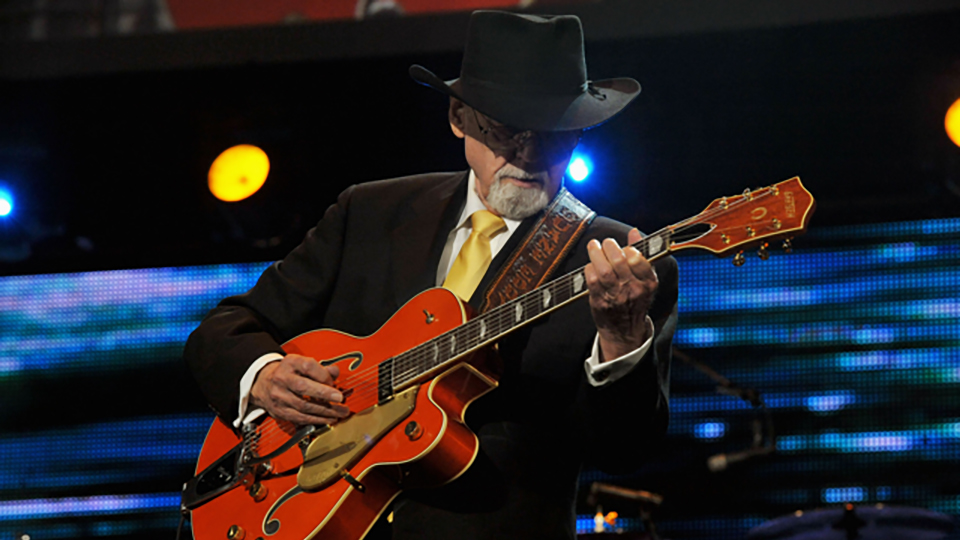 He will be joined by Irish singer-songwriter Imelda May at the London Palladium on 23rd October 2018. May will perform a song with Duane during his set.

In Manchester at the Bridgewater Hall on 30th October 2018, Eddy will be joined by renowned English guitarist Albert Lee. Both shows will feature Richard Hawley’s band accompanying Eddy.

The two shows are a rare opportunity for fans to see Eddy in the UK. He rarely performs outside the US. He will be supported by rising Americana star singer-songwriter Robert Vincent.

Tickets are available now at AXS.com.

Duane is one of the original guitar heroes who has enjoyed plenty of hits including Rebel Rouser, Peter Gunn, Because They’re Young, Shazam and (Dance With The) Guitar Man.

He is the most successful instrumentalist in rock history, charting 15 Top 40 singles from 1958 through 1963 and selling more than 100 million records worldwide.

Advertisement. Scroll to continue reading.
In this article:Albert Lee, Duane Eddy, Imelda May