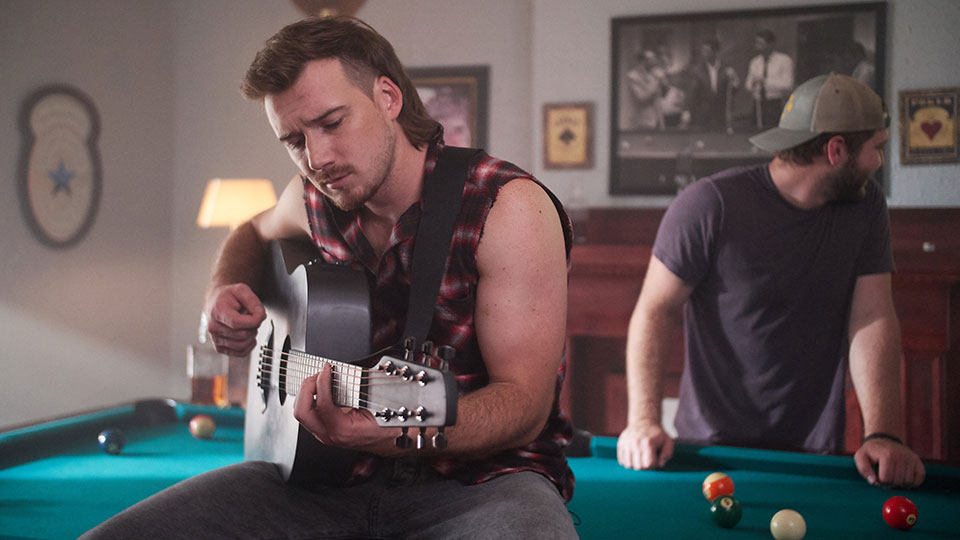 Morgan Wallen has unveiled the music video for his latest single Whiskey Glasses.

The light-hearted clip is directed by Justin Clough and follows Wallen as he drinks away the pain of a break-up. He’s seen hanging with his friends, getting his hair cut and performing.

The follow-up to number one Platinum smash Up Down featuring Florida Georgia Line, Whiskey Glasses is written by Ben Burgess and Kevin Kadish. It’s the latest track to be lifted from Wallen’s debut album If I Know Me, which was released back in April.

Over his career so far Wallen has amassed more than 330 million combined digital streams. He has co-penned hits for A Thousand Horses, Dustin Lynch, and Kane Brown, as well as Jason Aldean’s Platinum-certified #1 You Make It Easy.

Wallen is currently on the road with Jake Owen on the Life’s Whatcha Make It Tour. The jaunt follows his run on Luke Bryan’s What Makes You Country tour, which included some epic stadium shows.