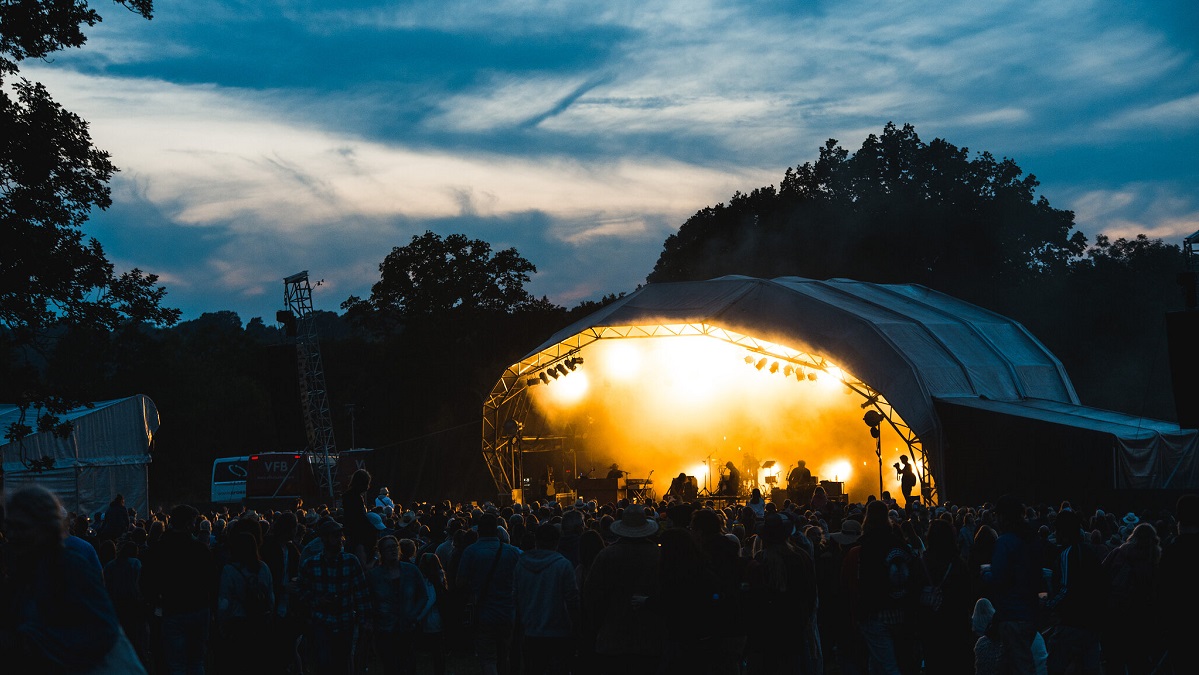 We’re now less than two weeks away from the return of Black Deer Festival and the anticipation is building amongst UK Americana fans.

The festival is due to return to Eridge Park in Kent from 17-19 June for the first time since 2019 – and it boasts a standout line-up with artists ranging from icons of the scene to new stars, with plenty of UK talent on show too.

To help you plan your visit, after much deliberation, we’ve come up with our list of the 10 artists you should see at this year’s event – in no particular order…

The Friday night headliners may be best known for their 1991 smash ‘Sit Down’ – guaranteed to be a singalong moment – but with a whopping 15 albums under their belt, there’s sure to be plenty of hits on show from across their 39-year career. Expect to hear the likes of ‘She’s A Star’, ‘Laid’, ‘Getting Away With It’ and ‘Say Something’, as well as tracks from their new album ‘All The Colours Of You’, produced by Grammy winner Jackknife Lee.

Second on the bill to Wilco – more on them shortly – on the Saturday, The Waterboys have been blending folk with country, soul and rock and roll for over 40 years, and promise to deliver a fantastic live show at Black Deer 2022. Look out for songs such as ‘The Whole Of The Moon’, ‘Fisherman’s Blues’ and ‘How Long Will I Love You’ alongside tracks from their rootsy releases from the last decade ‘Modern Blues’, ‘All Out Of This Blue’ and ‘Where The Action Is’, and a few improvised moments too!

The legendary singer-songwriter Van Morrison will be closing the festival on Sunday night, and what a show that promises to be! His repertoire spans everything from jazz and soul to blue and country, and there’s sure to be plenty of songs from across his five decades in the music business. With tunes like the classic ‘Brown Eyed Girl’, ‘Moondance’, ‘Days Like This’ and ‘Bright Side Of The Road’ expected to feature, as well as newer material including tracks from his 2021 record ‘Latest Album Project, Volume 1’, it’ll definitely make for a fantastic finale.

Grammy-winning American alternative rockers Wilco will take to the stage as the headline act on Saturday night, bringing their blend of country, rock, pop and indie – plus a few experimental twists – to Black Deer. The band will be showcasing songs from their brand new record, ‘Cruel Country’, as well as tracks from their back catalogue such as ‘Jesus, Etc.’, ‘Heavy Metal Drummer’, ‘If I Ever Was A Child’ and ‘How To Fight Loneliness’. It’s set to be an eclectic set and promises to be one of the highlights of the festival.

It’s no secret that we’re huge fans of Cam here at EF Country so we were absolutely thrilled to see her name on the bill for Black Deer this year. She’ll be bringing her dreamy yet powerful vocals and vivid songwriting to the fields of Kent on the Saturday evening, with songs such as the heartbreaking ‘Burning House’ and ‘Til There’s Nothing Left’ alongside more uptempo numbers like ‘My Mistake’ and ‘Diane’, which is sure to have the whole festival singing along to that chorus!

If you’re looking for something a little more mellow, then give Courtney Marie Andrews a listen. Performing on the Saturday, her luscious, delicate vocals and gorgeous songwriting will provide a chilled-out yet emotional moment. Look out for tracks like ‘If I Told’ and ‘It Must Be Someone Else’s Fault’ from her 2020 album ‘Old Flowers’, as well as her latest single ‘Satellite’ and songs from her 2016 breakthrough record ‘Honest Life’. She also once covered fellow performer Wilco’s ‘You And I’, so you never know if there might be a special guest appearance…

William Prince may be not as well known as some of the other names on this list, but the Canadian singer-songwriter looks set to be one of the biggest discoveries for many Black Deer attendees. After a sold-out UK tour earlier this year, he arrives at the festival with a new single, ‘Sing Me A Song’ – a duet with fellow Canadian Serena Ryder – as well as gorgeous baritone vocals and a clutch of simple, poignant yet warm songs that are sure to win over festival goers. Look out for ‘The Spark’, ‘Lighthouse’ and ‘Wasted’ from his album ‘Reliever’ in his Sunday set, as well as tracks from his third album ‘Gospel First Nation’.

With a rattling guitar sound, stomping beats and distinctive raw vocals, Jake Bugg looks set to provide a shot of energy on the festival’s opening night. Songs such as rock and roll-influenced ‘Two Fingers’ and breakthrough hit ‘Lightning Bolt’ are sure to get the crowd going, whilst his newer tracks such as ‘All I Need’ and ‘Kiss Like The Sun’ from 2021 album ‘Saturday Night, Sunday Morning’ promise to show off his poppier side. He’s sure to kick things off with a bang and deliver a fantastic, fun, entertaining performance with incredible musicianship.

Dublin-born Imelda May is another artist whose Friday night performance looks set to deliver the eclectic range we’ve come to expect from Black Deer Festival. Look out for high-energy rockabilly-influenced tunes like ‘Big Bad Handsome Man’ and ‘Johnny Got A Boom Boom’ alongside more introspective tracks such as ‘How Bad Can A Good Girl Be’ and the dramatic ‘Never Look Back’, which featured on Netflix series ‘In From The Cold’. What brings it all together is May’s sultry, silky vocals which are sure to sound wonderful on a (hopefully!) sunny June evening and never fail to deliver.

Not to be confused with the aforementioned Imelda May, self-described ‘Brit folk rock blues ballad sellers’ Ida Mae will bring their standout harmonies and musicianship to Black Deer on the Sunday. Expect to hear songs from their 2019 debut ‘Chasing Lights’ such as the gentle yet moving ‘Easily In Love’ and the sparse, lilting title track, along with the rock and roll-influenced ‘Long Gone And Heartworn’ and the dramatic ‘Click Click Domino’ from their 2021 album of the same name.

It was a struggle just getting the list down to 10 artists – and there’s still plenty of others I’d suggest checking out over the weekend, including Ward Thomas, Shovels & Rope, The Felice Brothers, Darlingside, The War and Treaty, Get Cape. Wear Cape. Fly and Police Dog Hogan – to name just a few. But I couldn’t let this list pass without a mention of Foy Vance. The Northern Irishman’s stellar storytelling, incredible piano playing and rich vocals are guaranteed to deliver an atmospheric set on Friday. Breakthrough hit ‘She Burns’ will be among the highlights, as well as tracks from Vance’s latest release ‘Signs Of Life’ including the soulful ‘Sapling’.