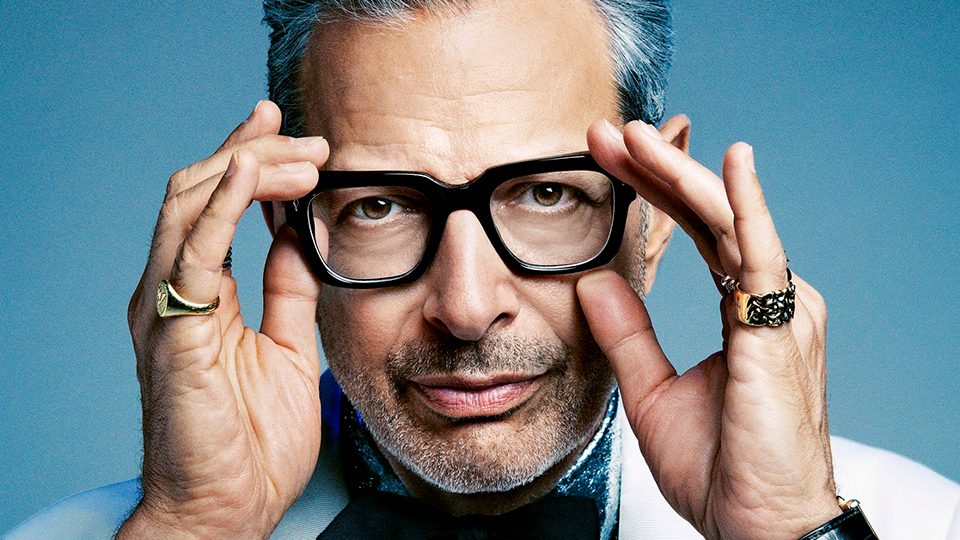 When an actor announces that they are trying their hand at making music, the world usually breathes a collective sigh. For every Ariana Grande, you have a ton of former soap stars aiming to make it big or a bevy of Hollywood types who think their fame will carry them. Jeff Goldblum’s announcement was taking a lot more seriously for a couple of reasons. Firstly he signed with Decca, one of the most-respected labels in the world, and secondly he’s well-known for being an accomplished jazz pianist. Together with his band The Mildred Snitzer Orchestra, Goldblum has played a weekly residency in Los Angeles for a while now so you could say an album was long overdue.

The Capitol Studios Sessions captures Goldblum and his band in their natural habitat, performing live. The collection is produced by Larry Klein and at almost an hour in length, it shows that Goldblum has the chops to play with the best of them. Something else that definitely helps is the star’s undeniable charisma, which has turned him into one of the most-loved actors in Hollywood. Over the course of the album’s 14 tracks, Goldblum enlists a handful of guests including actress/comedian Sarah Silverman, former American Idol contestant Haley Reinhart, jazz musician Till Brönner and rockabilly star Imelda May.

What becomes clear as you listen to the album is that Goldblum is the core part of this recording. His piano skills lead the rest of the orchestra and the guest performers, with Goldblum occasionally interjecting with a bit of humour and vocals. The Capitol Studio Sessions opens with instrumental Cantaloupe Island and it continues with an infectious pace from there. The tracks here are standards from the jazz genre, which ensures they are crowd pleasers for the audience in attendance at the recording and the fans who will likely pick up a copy ahead of the Christmas season.

Hailey Reinhart, who placed third on Americal Idol in 2011, swaps banter with Goldblum in the opening moments of My Baby Just Cares For Me and her vocals impress. Jazz definitely suits her and she gets another chance to shine on the excellent Gee Baby (Ain’t I Good To You). Imelda May packs a punch showing off her distinctive vocals on Straighten Up and Fly Right, This Bitter Earth and Come On-a-My House. Honestly I’ve never been a fan of May’s but she impresses here. Sarah Silverman is enlisted for a tongue-in-cheek rendition of Me and My Shadow, which is played for laughs. Surprisingly it’s the most throwaway moment here and sticks out a little in the middle of the more restrained songs.

Some of the best moments on the album come on the instrumentals that feature Till Brönner. Don’t Mess With Mister T is a moody retelling of Marvin Gaye’s classic while their take on Rodgers and Hart’s It Never Entered My Mind really lets Goldblum’s piano skills shine. Their best collaboration comes on Duke Ellington’s Caravan, which is a loose reinterpretation of the piece that’s sure to impress even the most hardcore of jazz fans.

There’s bound to be detractors ready to sink their claws into The Capitol Studios Sessions but I think it’s an enjoyable record with plenty to offer. Goldblum’s charisma runs through the record and the song choices, while not revolutionary, will ensure the album has mass appeal. Now that he’s dipped his toe into the water of releasing an album, I’m sure it will be the first of many and it’ll be exciting to see where he goes next.

In this article:Hailey Reinhart, Imelda May, Jeff Goldblum, Sarah Silverman, Till Brönner