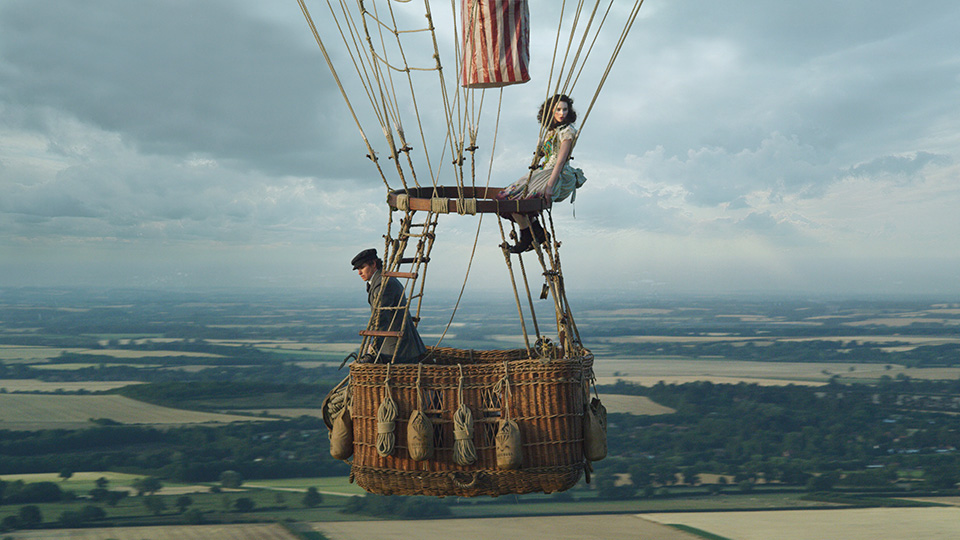 The first photo has been released for Amazon Studios feature film The Aeronauts.

As principal photography on the film has begun across the UK and in London, an image has arrived showing Felicity Jones (Rogue One: A Star Wars Story) and Eddie Redmayne (Fantastic Beasts and Where to Find Them) on an air balloon.

The film reunites the much-loved stars for the first time since they appeared in the Oscar-winning film The Theory of Everything.

Set in 1862, The Aeronauts follows wealthy young widow Amelia Wren (Felicity Jones) and ambitious scientist James Glaisher (Eddie Redmayne) as they mount a balloon expedition to fly higher than anyone in history. This is a journey to the very edge of existence, where the air is thin and the chances of survival are slim. As their perilous ascent reveals their true selves, this unlikely pair discover things about each other – and themselves – that help them find their place in the world they have left behind.

The film is produced by Harper, with Todd Lieberman and David Hoberman for Mandeville Films (Wonder, Stronger, Beauty and the Beast). It is executive produced by Richard Hewitt.

“A top priority for us on The Aeronauts is authenticity. With that in mind, we intend to do as much balloon filming in the sky as the weather will allow. This image was taken after we launched Felicity and Eddie 2,000 feet in the air, performing their scripted scene, while a helicopter captured it all. We’re fortunate that Felicity and Eddie have the nerve to do these stunts themselves as it authenticates our entire approach” explains Lieberman.