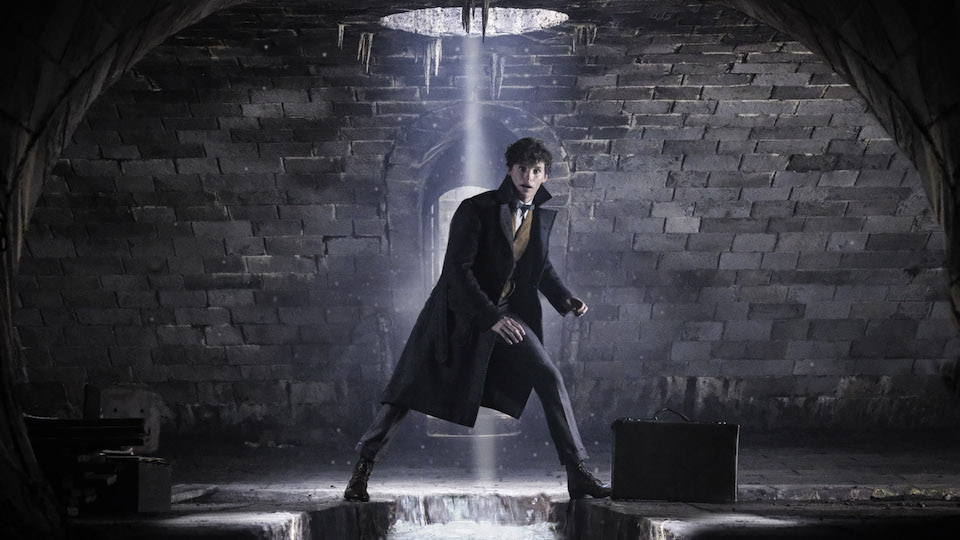 There’s a lot of good stuff in Fantastic Beasts: The Crimes of Grindelwald, and the die hard fans of this saga will find much to delight them in this twisty and revelatory addition to the wizarding world. For the fair weather fan however, it does still suffer – even more so – from some of the same issues that plagued the first Fantastic Beasts film. Namely too many characters, too much complicated plot, and it’s all very serious and grown up.

The Crimes of Grindelwald wastes no time in getting stuck into the ever-expanding mythology of J.K. Rowling’s fantastical world, and the increasingly complex web of intrigue around Credence Barebone (Ezra Miller), the powerful young Obscurial whose attempts to suppress his magic unleashed untold darkness in the first film.

Credence has become a pawn in Gellert Grindelwald’s (Johnny Depp) plans to go to war and ultimately subjugate the non-magical world. This has made Credence a target for all sorts of powerful wizards from various ministries around the world. They are all keen to either apprehend him, uncover the mysterious truth of who he really is, or simply assassinate him.

One of the interested parties is Albus Dumbledore, played here by Jude Law. Dumbledore, as you well know, is one of the most powerful wizards in the world, but instead of doing the dirty work himself, he sends a magical zookeeper instead. Well I suppose they have to maintain the tenuous notion of these films being about fantastic beasts.

With so much going on, and so many new characters being introduced, Newt (Eddie Redmayne), Tina (Katherine Waterston), Queenie (Alison Sudol), and Jacob (Dan Fogler) are kept apart for most of the film. The machinations of the plot and Rowling’s overly complicated script require this unfortunately, and it’s a real shame. There’s a genuine chemistry between the four leads, and I found myself caring about them a lot more than I did in the first film.

Johnny Depp, who was seen as a very controversial choice for the film – though recent legal revelations have perhaps vindicated the filmmakers faith in him – is perfectly fine as Grindelwald. If we know anything about Depp the actor, it is that he is always at his best when completely hidden under costume and make-up.

We got a glimpse of her in the first film, but Zoë Kravitz is now a fully fledged member of the cast, playing Leta Lestrange, an old school friend of Newt’s, who is now engaged to his brother. Anyone who says they didn’t get a little thrill of joy when the action briefly takes the film to Hogwarts is a liar. The scenes with Leta at the school, and the flashback to her troubled school days with Newt are some of the most effective in the film.

The Crimes of Grindelwald is a film not short on spectacle, and when it needs to it fully unleashes the magic. As with the first film, Newt’s menagerie is one of the best and most wondrous sequences of the film, full of colour and imagination. Unfortunately for most of the rest of the film, director David Yates brings his usual greyness and oppressive sombreness to the material, something he has been doing since Order of the Phoenix. There is however a terrific sequence in the French Ministry of Magic, and the finale at Père Lachaise Cemetery is visually thrilling and full of drama, as well as a few surprisingly emotional beats.

Overall, this is a definite improvement on the first film, which was finding its feet with a whole new set of characters, and encumbered with a lot of chewy exposition. It does however feel that even after two films, we’re still just setting the pieces on an ever-expanding chessboard. It’s obvious that this is all heading to a very epic battle somewhere down the line, but it would be nice if the individual instalments were just a tad more satisfying on their own.

Would it be too much to suggest a change of director? Nothing against Yates, who is remarkably good at marshalling these huge films, but a fresh visual style (look at what Cuarón and Newell brought to the Potter franchise), and someone who isn’t so close to Rowling and Heyman might do wonderful things for this franchise.

This blu-ray release is a 2-disc edition, and comes with tons of excellent bonus material. Disc one kicks off with J.K. Rowling: A World Revealed, which is a ten-minute interview with the creator and screenwriter of this saga.

Wizards on Screen, Fans in Real Life is an adorable 20-minute featurette with Ezra Miller and Evanna Lynch talking about being huge fans, and how much they love the books and films, and how much they meant to them as kids. In this piece they sit and watch some clips from The Crimes of Grindelwald and talk about them. It’s very nerdy and lots of fun. I think this is my favourite special feature on the disc.

Distinctly Dumbledore is a part celebration of the famous character, part feature about the casting of Jude Law, and also a piece on how they developed the look and style of the character for this film. However they don’t quite go as far as to explain how he went from a dandy and dashing corduroy wearing academic to going full on robe-wearing wizard, but hey, you can’t have everything.

Unlocking Scene Secrets is a 50-minute featurette going behind the scenes of the film and taking a deep dive into some of the film’s biggest sequences. There’s also 15-minutes of Deleted Scenes, some of which are presented with unfinished special effects.

Disc Two comes with an Extended Version of the film, with an extra 7-minutes of footage not seen at the cinema.