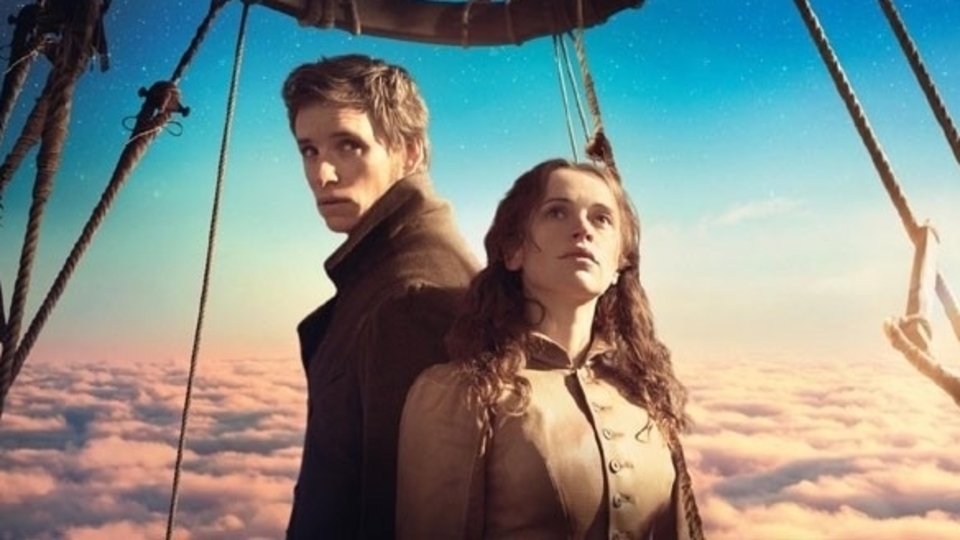 The Aeronauts had the pleasure of being a gala screening at the London Film Festival recently. This epic story, based loosely on actual events, tells the pioneering tale of how the world flight altitude record was broken by a hot air balloon flight, and the story of the people who managed to achieve this.

Felicity Jones plays Amelia Rennes, a daring pilot and entertainer who is approached by scientist James Glaisher (Eddie Redmayne) to help with a series of experiments high in the skies above. They soon find themselves in a fight for survival as their hot-air balloon ascends higher than anyone has ever been before. But with that milestone comes some very real and present dangers. Glaisher collects fresh, undiscovered data in perilous conditions with no regard for his own safety while Amelia pilots the vessel through uncharted weather, takes charge of the mission and deals with her own emotional demons along the way.

The film is based on an amalgamation of real life events that lead to these ground-breaking discoveries. It’s disappointing to learn that Amelia Wren’s character is made up though, especially given how pivotal and captivating she was onscreen and how integral she is to the success of the movie. This is Felicity Jones’ film and she has done a great job creating such a vibrant and driven character. Someone who is plagued by a past bereavement, but who perseveres through her obstacles. Brit Aeronaut Henry Coxwell was actually in the balloon with James Glaisher, but he doesn’t get any recognition here.

Amelia Rennes character is made up of the endeavours of Coxwell, along with Sophie Blanchard, the first woman to work as a professional balloonist, and Margaret Graham, a British aeronaut and entertainer. Critics have cited that other female, real-life scientists who were active during this period of time haven’t had their stories told either. It’s a balancing act, but it’s a shame that none of the real life stories were deemed strong enough to make it to screen on their own merits.

The strength of the film lies squarely with the chemistry conjured up by Felicity Jones and Eddie Redmayne. The two are a great pair onscreen, and they bring a warmth and short-hand to their scenes which sparkle with life and wonder. They haven’t lost a beat since their moving portrayals in The Theory of Everything and their enthusiasm for their characters keeps you invested in their plight.

There’s a lot of talent in support, but most don’t have enough to do to really leave a mark. Himesh Patel’s character has potential but we only get to scratch the surface with him. It’s a similar case with Phoebe Fox and Tim McInnerny’s characters. By doing this it would have given James and Amelia’s endeavour a more rounded emphasis. Tom Courtenay is sublime though in a touching and sweet side story involving James’ father who is suffering from dementia. Courtenay is magnetic in a small, but pivotal role.

This is a movie that benefits from being seen on a massive screen. The aerial sequences are really put together well and they help propel the film when it lulls in the middle. They are impressive, and whilst you know that most of it is special effects, The Aeronauts still manages to give you sweaty palms and that’s quite an achievement. A sequence involving Amelia having to ascend the outside of a balloon mid-flight is bogglingly good, especially in IMAX. The specially-formatted and expanded ratio sequences really do add a new layer of enjoyment to the film.

The Aeronauts is a pleasant watch, with the chemistry of its two leads doing just about enough to see you through to the end. Whilst I don’t usually mind when movies make a choice to fictionalise certain elements of a story to progress their own narrative, I feel that The Aeronauts did this a bit too much, and it lessened the impact of the finale. But that shouldn’t take away from the spectacle which is enjoyable all the same, and the performance of Jones and Redmayne who always hold your attention.