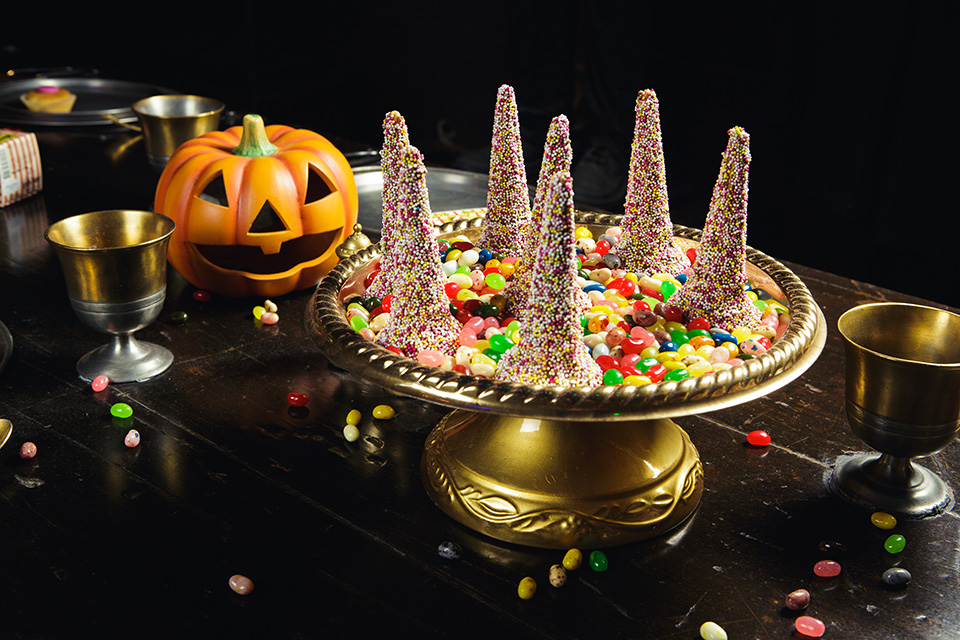 Taking place from 26th to 28th October 2018, the evenings will include dry ice cocktails and canapés before visitors step onto the red csrpet and make their way into the Great Hall. Decorated for Halloween, the Great Hall will feature over 100 floating pumpkins and the tables will be laden with a feast of red apples, pumpkins and cauldrons of lollipops.

Tickets include a two-course dinner and drinks surrounded by the original props and costumes. Visitors will then grab a lantern and follow the spiders into the newly opened Forbidden Forest where dessert will be served in the company of magical creatures such as Buckbeak the Hippogriff and Aragog the Acromantula.

Death Eaters will roam the tour throughout the evening and after dinner, visitors are invited to explore the Studio Tour after hours, admiring sets such as the Gryffindor common room and the Weasley’s kitchen from The Burrow, before meeting members of the Prop Making Department who will be revealing the filmmaking secrets behind the ceiling full of enchanted pumpkins.

Visitors will also have a chance to learn wand combat moves from Wand Choreographer, Paul Harris, in preparation for a live duel with Death Eaters.

The evening will also include a glass of Butterbeer, a chance to explore a darker Diagon Alley and guests will get a complimentary Souvenir Guidebook.

Hogwarts After Dark will take place on 26th, 27th and 28th October from 7:30pm until midnight and are open to over 18s only. Guests will be seated at tables of 10 or 12 and tickets are priced at £240pp. Tickets will go on sale on Tuesday 28th August at 10am and will be available to purchase at www.wbstudiotour.co.uk/after-dark or by calling the attraction’s Visitor Services Team on 0345 084 0900).