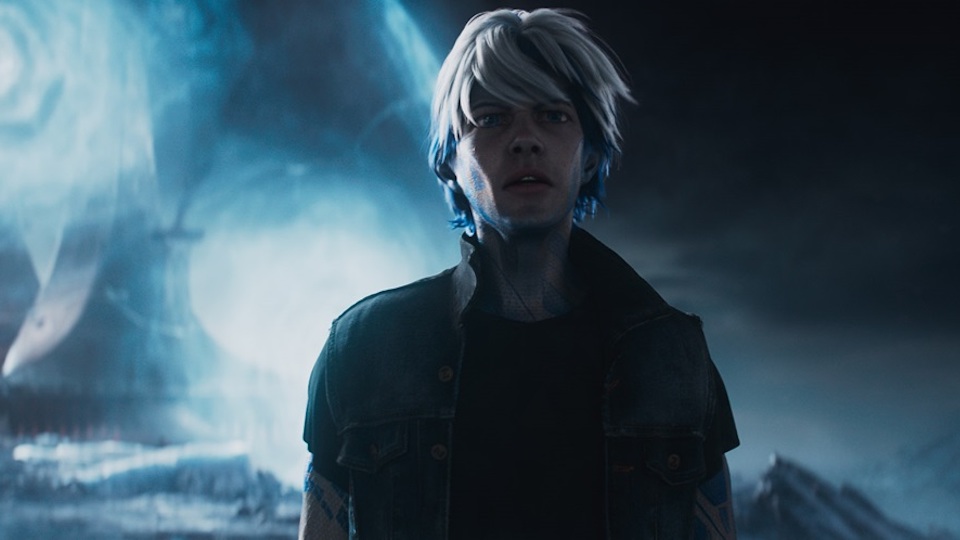 Have you had enough of 80s nostalgia yet? Television, music, movies, and fashion have been gleefully ramming this decade into our faces for quite a few years now, and we’ve been gleefully devouring it, so the answer is apparently “no, give me more!” Which is a good thing because Ready Player One is about to arrive on blu-ray and DVD, and there is more arcane 80s pop culture in this film than both seasons of Stranger Things put together.

Based on the novel by Ernest Cline, Ready Player One follows Wade Watts (Tye Sheridan) an 80s obsessed teenager living in the year 2045, a not too distant future where the real world has become so grim, most of humanity spend their days and nights plugged into a virtual world called the Oasis. A world of pure imagination, where anything and everything is possible, the Oasis is the brainchild of eccentric genius James Halliday (Mark Rylance), who has bestowed his entire trillion-dollar fortune and also granted complete control of the Oasis to anyone who can complete a three-part challenge he has hidden in the game.

With terrifying real world consequences, Wade, or Parzival as he is known in the game, is on a quest alongside his friends Aech (Lena Waithe) and Art3mis (Olivia Cooke) to win the game and keep the Oasis out of the evil clutches of Innovative Online Industries CEO Nolan Sorrento (Ben Mendelsohn). It’s basically Willy Wonka, but with virtual reality instead of chocolate. Oh, and it’s directed by Steven Spielberg.

What could be more fun than a film directed by Steven Spielberg, the king of cinematic pop culture, being given free-reign to play in the biggest pop culture toy box of all time? With no limits but his own imagination, the results as you might expect are pretty spectacular. Every frame is practically bursting at the seams with references and easter eggs. You could spend a lifetime trying to spot them all.

Spielberg effortlessly switches the action between the gritty real world and the dazzling “anything goes” of the Oasis. The scenes in the virtual world could easily suffer from a lack of consequence, and just end up looking like a weightless cut scene from a videogame. Thankfully that is not the case, as this Spielberg chap really seems to know what he’s doing. He takes the time to build the characters in both environments, and knows when to focus on them and pull back from the spectacle and myriad references. Also, the effects are so incredibly rendered, the scenes in the Oasis are sensational and look absolutely stunning on blu-ray.

Not everything works. There is an endless stream of exposition throughout the majority of the film, to help explain what is going on to people who aren’t complete nerds. There’s also an event that occurs in the real world that should be hugely significant for Wade, but is tossed off and seemingly forgotten in the blink of an eye, presumably for narrative expediency, but it still sticks out like a sore thumb. The good far outweighs the bad however. The sequence where they enter the world of a very famous horror film is an absolute blast – one of the best movie scenes of the year in fact – and will leave you grinning for ear to ear.

Ready Player One is pure cinematic magic – fun, funny, incredible visuals, and a great soundtrack. I mean, come on…where else are you going to see a DeLorean, the Batmobile, the bike from Akira, the Plymouth Fury from Christine, the V8 Interceptor from Mad Max, and the A-Team van racing through New York whilst being attacked by the King Kong and the T-Rex from Jurassic Park? Sit back and enjoy the ride.

The blu-ray release is packed with terrific special features – a two-hour comprehensive package of additional content, which is exactly what you would be looking for from a movie like this. It’s broken down into featurettes, but you can play it all as one long documentary.

First up is The ‘80s: You’re the Inspiration, in which the cast, crew, and author of the novel, Ernie Cline, all wax lyrical about the decade that inspired the novel. If the sight of T.J. Miller wearing a Chunk outfit, complete with Elliot’s red hoodie, and Marty McFly’s futuristic sneakers doesn’t put you off 80s nostalgia for life, then this bonus content is most definitely for you.

Then we get into the meat of the special features, with an extensive peak behind the curtain into the making of Ready Player One. Ernest Cline talks about the inspiration for the novel, and the pre-publication buzz that led to the bidding war in Hollywood for the rights to make the film. There are interviews with all of the main cast. The highlight without a doubt for me was learning that in real life, Olivia Cooke speaks with a beautiful Lancashire accent!

Of course the real reason to watch these additional features is to see Spielberg at work. Not every film of his is released with such an incredibly detailed look at every stage of the production, so this is a very worthwhile purchase if you’re interested in seeing one of the greatest moviemakers of all time doing his thing. You get to see him switch between his comfort zone of shooting on film for the real-world sequences, and then playing in the infinite sandbox of a motion capture volume for the Oasis sequences. It’s pretty astonishing stuff.