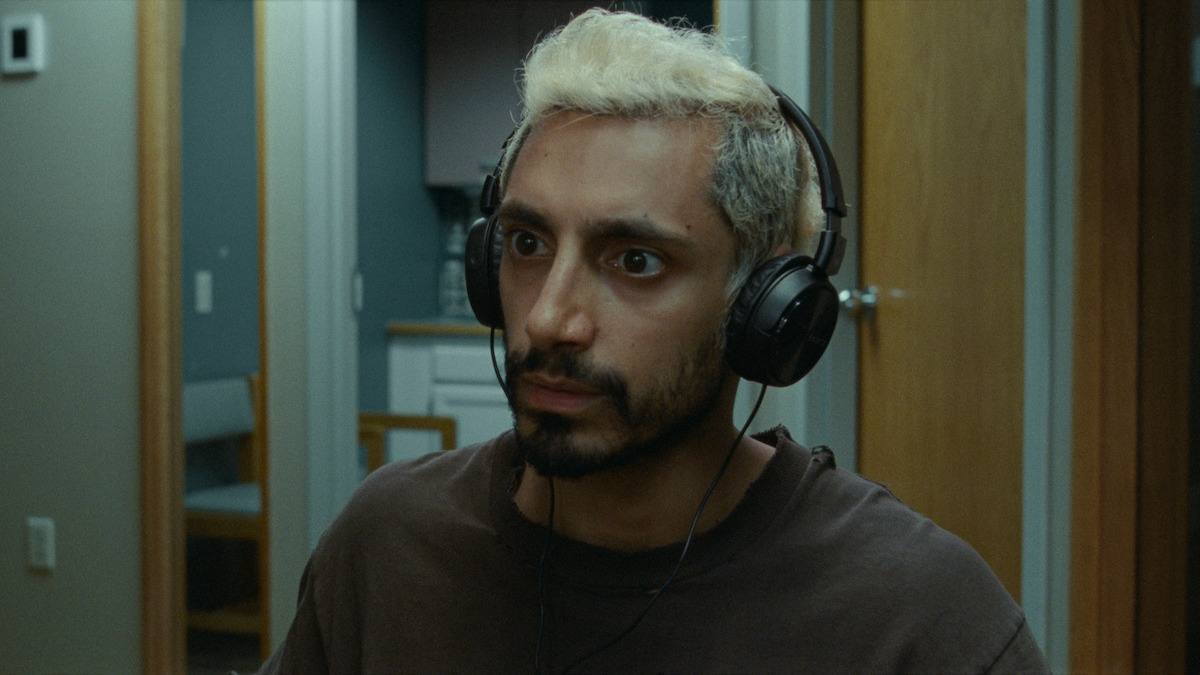 Riz Ahmed continues to remind us that he is one of our very finest actors, with his simply stunning Oscar-nominated turn in ‘Sound of Metal’. Darius Marder’s sensitively handled drama about the trauma of hearing loss arrives on Blu-ray this week, following a very successful awards season which came in the wake of its otherwise chaotic, pandemic-postponed release. You can still catch it in cinemas here in the UK, and it has been streaming on Amazon Prime since April.

Ahmed plays Ruben, a drummer in a two-piece heavy metal band fronted by his girlfriend Lou (Olivia Cooke). They tour the US together in the RV which they live in. Waking up after one of their gigs, Ruben notices that his hearing is impaired. An incessant ringing coupled with a roar as if everything is underwater. It doesn’t improve, and a visit to a doctor confirms the worst. He is going to go deaf. Cochlear implants may be an option down the line, but they are expensive and not covered by insurance.

As he is a former addict, Lou is terrified this will lead Ruben to lapsing. With her own mental health problems, she knows she can’t be his rock during this. It will kill them both. She finds a facility that might help and convinces Ruben to check himself in. The shelter is run by Joe (Paul Raci) an alcoholic who lost his hearing in Vietnam.

Co-written with his brother Abraham, Darius Marder’s script is a terrific character study, fully exploring the split desires of Ruben; as an addict dealing with a life altering trauma who needs to somehow find peace, and also as a person who naturally, and perhaps destructively needs to cling on to and restore their old life. It is a very thoughtful and sensitive depiction, and raises important questions about attitudes towards disability.

‘Sound of Metal’ makes no concessions to obvious narrative developments. All the things you might expect from a film like this do not happen. There are no easy or predictable choices made, either by the characters or the filmmakers. It lends the film a refreshing blast of realism, which chimes with the unpredictability that comes with life altering moments such as those faced by Ruben and Lou.

Riz Ahmed, as I’m sure you’ve already heard, is extraordinary. His portrayal of Ruben is simply devastating, and fizzes with intensity and sadness. As the world around him becomes noiseless, he communicates everything with just his eyes. In the early parts of the film it is all anger and rage at the world. Then when he realizes his life has changed forever, the grief and despondency just radiates from him.

The two main supporting roles are also wonderful. Olivia Cooke delivers a beautifully truthful and understated performance as Lou. Despite disappearing for the entire second act whilst Ruben is in the shelter, her impact in the final act is undeniable, and thematically pays off everything that came before. Then you have Paul Raci, who very nearly steals the film with his gut-wrenching and authentic performance as Joe. The award recognition that came his way was richly deserved.

It seems obvious in a story about hearing loss that sound would play an integral role in the film. But the work done by sound team on this film is nothing short of transformative. The way they take us inside Ruben’s internal life and give us a glimpse of what he is experiencing is exceptional, and it stands alongside the terrific script and performances in elevating the film. The sound mixers and editors deliver a final sequence that will absolutely floor you.

My only criticism is of the blu-ray itself. There’s not a single special feature to be found anywhere on the disc. No interviews, no commentary track, not even a perfunctory behind the scenes promo clip. This rushed out blu-ray offers nothing more in terms of viewing experience than watching it on Prime. But don’t despair dear fans of physical media, because ‘Sound of Metal’ is due to be added to the Criterion Collection in 2022. Which no doubt is the reason for this vanilla disc we have here.