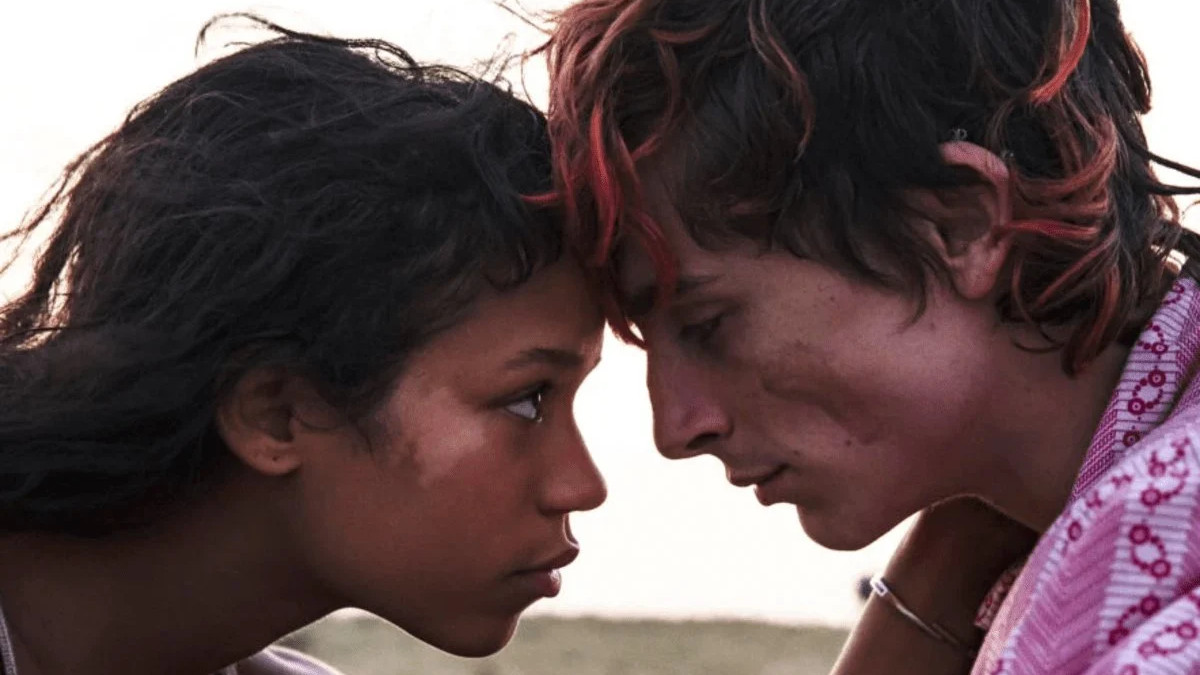 A new trailer has been launched for ‘Bones and All’ along with a brand new poster.

From Metro Goldwyn Mayer Pictures comes ‘Bones and All,’ a movie about love, directed by Luca Guadagnino (‘Call Me by Your Name’), who recently won the Silver Lion for Best Director at the 2022 Venice Film Festival for the film.

‘Bones and All’ is a story of first love between Maren (Taylor Russell), a young woman learning how to survive on the margins of society, and Lee (Timothée Chalamet), an intense and disenfranchised drifter… as they meet and join together for a thousand-mile odyssey which takes them through the back roads, hidden passages and trap doors of Ronald Reagan’s America. But despite their best efforts, all roads lead back to their terrifying pasts and to a final stand that will determine whether their love can survive their otherness.

The screenplay is by David Kajganich (‘Suspiria,’ ‘A Bigger Splash’), based on the novel by Camille DeAngelis.

‘Bones and All‘ will be released nationwide on 23rd November 2022 by Warner Bros. Pictures.

In this article:Bones and All, Mark Rylance, Taylor Russell, Timothée Chalamet