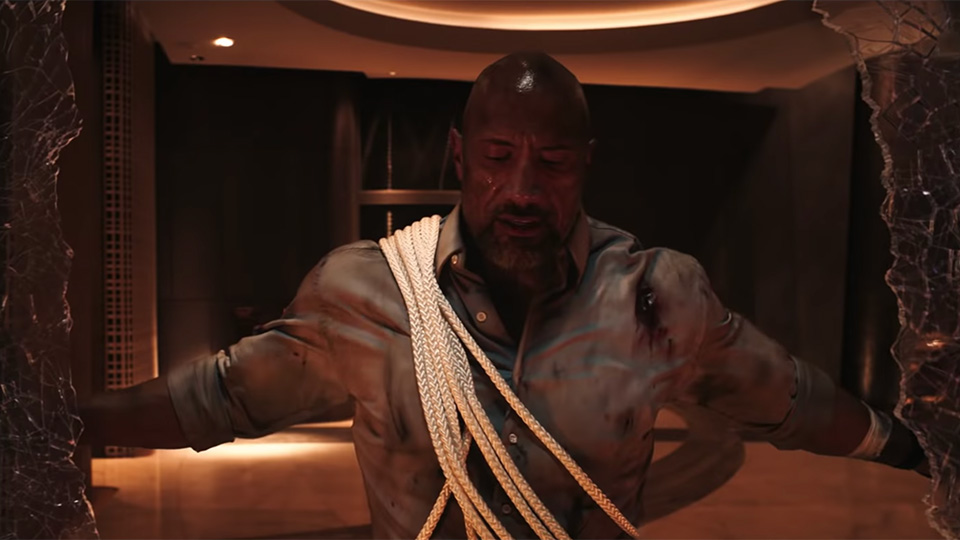 If there was any doubt that Dwayne Johnson’s upcoming summer blockbuster Skyscraper was going to be anything other than a pure popcorn movie, then the new trailer will put that to rest.

In what has to be the craziest trailer yet, Dwayne Johnson tries to scale the side of a burning skyscraper before he’s knocked off and barely saved when a rope ties around his leg. As he’s dangling, Johnson grabs his prosthetic leg after it detaches and he’s left hanging.

Looking like Die Hard on steroids, Skyscraper looks set to be one of the biggest movies of the summer and the guiltiest pleasure. The new trailer also shows Neve Campbell racing across a beam as fire surrounds her and it looks like Skyscraper is going to be a pure rush of adrenaline.

It remains to be seen if Skyscraper can make it into Dwayne Johnson’s Top 10 biggest box office hits but we’d say there’s certainly a very good chance!

Skyscraper will be released in cinemas on Thursday 12th July 2018.

Advertisement. Scroll to continue reading.
In this article:Dwayne Johnson, Skyscraper