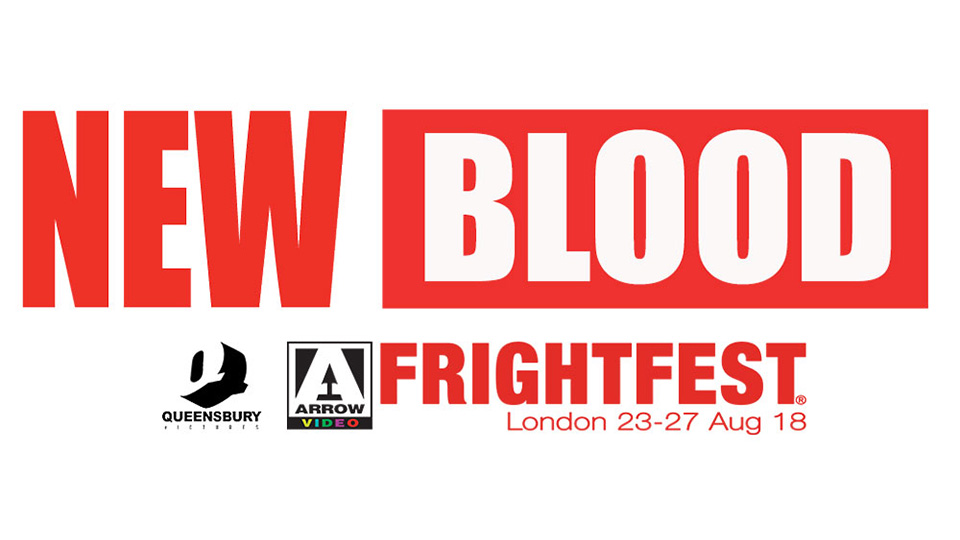 Arrow Video FrightFest 2018 has announced that the New Blood talent search will return for a second year.

Following the success of last year’s inaugural New Blood search, the new writers initiative will be back at this year’s festival. New Blood 2 is collaboration between FrightFest and Giles Edwards of Queensbury Pictures with the aim of finding new writers and nurture their project from script to screen.

Broadcast Signal Intrusion, one of last year’s entries, is now in pre-production for Queensbury Pictures. The film is written by Phil Drinkwater and Tim Woodall and it will be directed by Jacob Gentry (The Signal, Syncronicity).

Giles Edwards of Queensbury Pictures said: “2017’s edition of New Blood threw up a slew of vibrant, bold and riotously diverse pitches. But the hunt for great material doesn’t pause for breath. Projects that strive to enthral critically, perform commercially and that will entice a global audience hungry for thrilling new voices in the realm of fiercely entertaining genre cinema: that’s the hallmark of Queensbury Pictures and of New Blood.”

Ian Rattray, co-director of FrightFest commented: “The fact that Queensbury Pictures have taken last year’s winning entry to the stage where it is about to go into production vindicates our decision to partner up with them again. It’s not only an exciting venture but also an important one to help discover and nurture new talent”

Greg Day, co-director of FrightFest added: “What’s so exciting about this initiative is that it allows talented UK-based writers to interface with a US-based production company and get invaluable feedback and encouragement, knowing that it comes with a state-side commercial sensibility which is complimentary to the further development of their scripts.”

Successful applicants will be shortlisted and get the chance to workshop their ideas in a group setting under the guidance of top industry professionals and genre experts. This year that includes BAFTA-nominated UK producer Jack Tarling (God’s Own Country; Await Further Instructions) who is joined again by horror icon Barbara Crampton, director (The Ranger) and producer (Psychopaths) Jenn Wexler and Queensbury Pictures’ Giles Edwards.

The New Blood networking and workshop event will be held at on the opening day of Arrow Video FrightFest, Thursday 23rd August.

Applications are open now until Thursday 2nd August 2018. Applicants must submit a 200-word proposal through Film Freeway. Those who are successful will be notified by Monday 9th August.

For full application requirements and to apply: http://www.frightfest.co.uk/newblood.html

In this article:Arrow Video FrightFest 2018, Frightfest