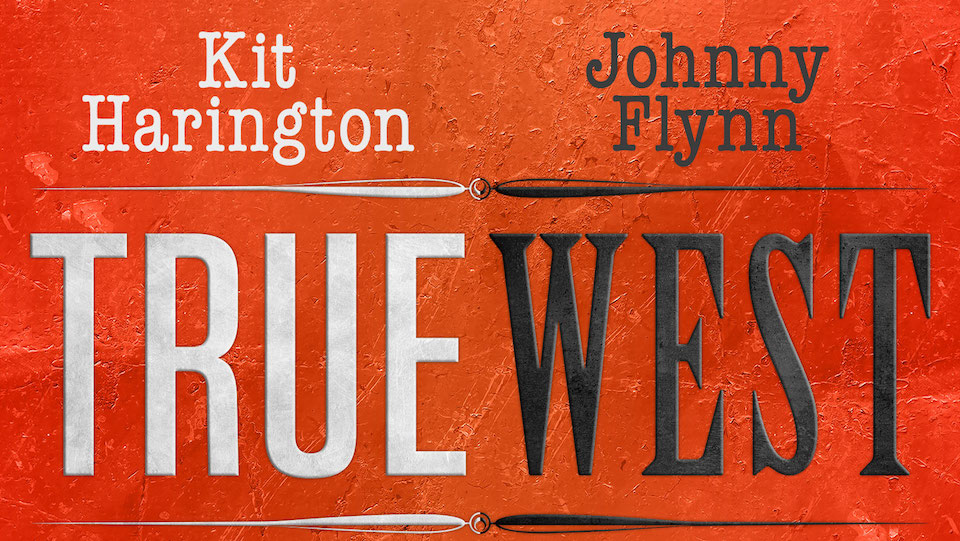 The first UK production of Shepard’s work since his death last summer, True West will play a limited season at the Vaudeville Theatre from Friday 23 November – Saturday 16 February.

Kit Harington – renowned for his leading role in the internationally acclaimed series Game of Thrones – and Johnny Flynn – star of the widely celebrated film Beast and US TV series Genius, and who has just received rave reviews for his performance in the New York transfer of Hangmen – will star as warring brothers Austin and Lee.

Two of the most challenging and sought after roles in modern drama, some of the greatest American and British actors of the last 30 years have played the brothers since the play’s debut in 1980.

Austin is working on a movie script that he has sold to producer Saul Kimmer when Lee stumbles back in to his life. Never content to watch from the sidelines, he pitches his own idea to Kimmer, an action which has far reaching consequences…

Set against the searing heat of the Californian desert, Shepard’s critically acclaimed drama pits brother against brother as a family tears itself apart, exposing the cracks in the American Dream.

Kit Harington has starred as Jon Snow since 2011 in the Emmy Award winning HBO drama series Game of Thrones. With 38 Emmy Awards, Game of Thrones is the most decorated show in the ceremony’s history. In 2016, Kit received his first Emmy nomination for Best Supporting Actor in a Drama Series.

Kit studied drama and theatre at the Central School of Speech & Drama. Before graduating in 2008, he won the lead role of Albert in the National Theatre’s London production of the smash hit War Horse. The production transferred to London’s West End at the New London Theatre, and he stayed with the role until 2009 after which he appeared in Posh, by Laura Wade, at the Royal Court Theatre. In 2016, Harington made his much‐anticipated West End return in the Jamie Lloyd directed production of Christopher Marlowe’s Doctor Faustus, playing the title role.

In 2018, Harington transitioned into the role of Executive Producer on a miniseries titled Gunpowder. Harington played his real‐life ancestor on his mother’s side, Catholic rebel Robert Catesby who was part of the Gunpowder Plot of 1605, the failed scheme by Roman Catholic militants to blow up the House of Lords in London. The series also starred Peter Mullan, Mark Gatiss and Liv Tyler.

Johnny Flynn is an actor, composer and songwriter. Johnny has worked extensively across film, television and theatre. He recently shot a lead role in ITV’s upcoming adaption of Vanity Fair. He most recently starred in Genius: Einstein (National Geographic) – as the young Albert Einstein to Geoffrey Rush’s older. Johnny plays leading role Dylan in Lovesick, the first two series of which are currently streaming on Netflix with a third on the way. Further television credits include Brotherhood (Big Talk/Comedy Central), The Nightmare World Of HG Wells (Clerkenwell Films) and Detectorists (Channel X/BBC4).

Matthew Dunster is an Olivier-nominated director, a playwright and an actor, and Associate Director at Shakespeare’s Globe.