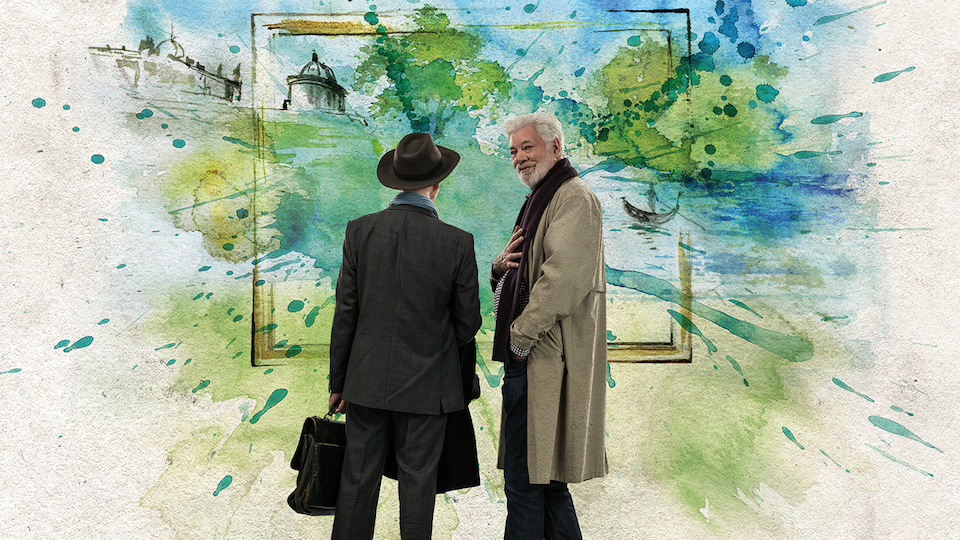 The Original Theatre Company, York Theatre Royal, and Ghost Light Productions are bringing The Habit Of Art to tour the UK with Matthew Kelly cast as Fitz (W. H. Auden).

Directed by Philip Franks, starring alongside Matthew Kelly will be David Yelland as Henry (Benjamin Britten). Veronica Roberts will take the role of Kay, the Stage Manager. Her recent theatre credits include Mrs Gascoyne in The Daughter-in-Law (Arcola), Joy Bray in 49 Donkeys Hanged (Plymouth), and Marina in Uncle Vanya (Theatr Clwyd/Sheffield Crucible). She is perhaps best known for playing Dorothy Bennett in the BBC drama Tenko and Laura Elliot in ITV’s Peak Practice.

Robert Mountford plays the Author, Neil. His one man show Vagabonds – My Phil Lynott Odyssey has recently played in Edinburgh, London and Dublin, and he has just finished House and Garden at the Watermill Theatre and Anita and Me for Birmingham Rep. Robert has also toured extensively with the Royal Shakespeare Company.

The play explores friendship, rivalry and heartache, the joy, pain and emotional cost of creativity.  It is centred on a fictional meeting between poet W. H. Auden and composer Benjamin Britten.

Bennett wrote it as a play-within-a-play – actors Fitz, Henry, Tim and Donald are rehearsing a play called Caliban’s Day under the direction of stage manager, Kay, and in the presence of the playwright, Neil. In Caliban’s Day, a fictitious meeting occurs in 1973 in Auden’s (Fitz) rooms at Oxford not long before he dies. Britten (Henry) has been auditioning boys nearby for his opera Death in Venice, and arrives unexpectedly – their first meeting in 25 years after falling out over the failure of their opera Paul Bunyan.

The Habit of Art premiered at the National Theatre in November 2009, directed by Nicholas Hytner and starring Richard Griffiths, Alex Jennings and Frances de la Tour.  The National then toured the production in Autumn 2010 with a new cast led by Desmond Barrit, Malcolm Sinclair and Selina Cadell.