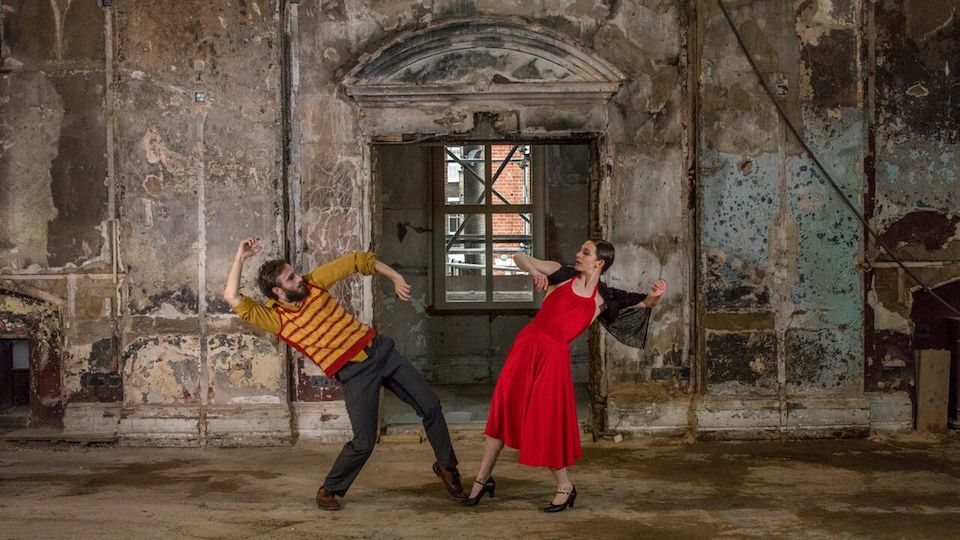 In September 2018, award-winning physical theatre company Gecko marks the opening of Battersea Arts Centre’s theatre programme in the newly refurbished Grand Hall with Missing. The original run of which was interrupted by a disastrous fire of the Grand Hall, in March 2015.

Missing is part of the venue’s celebratory Phoenix Season. With generous help from Gecko’s audiences and the theatre industry, Missing’s set was rebuilt in just 8 days ahead of a Mexico tour. The Battersea Arts Centre performances will be the show’s first UK sharing since the fire.

Amit Lahav, Artistic Director of Gecko and creator of Missing said: “On the 13th March 2015 during a very successful return to Battersea Arts Centre with our show Missing – a fire broke out which ultimately destroyed the Grand Hall and all the physical elements of our show. As the bell tower crashed through the roof I remember finding myself kneeling on the road thinking ‘what do I do now!?’

Missing offers its audiences a deliciously warped journey into the depths of the human psyche as it follows Lily, a woman whose soul appears to be decaying. She is very successful in life and love but something is missing… the ghosts of her past haunt her as she witnesses how her parents fell wildly in and out of love and the consequences this mixed cultural relationship has had on her life.

In the unique Gecko style, Missing features jaw-dropping choreography and tantalising multilingual vocal landscape as it invites the audiences to pause and consider how far we have strayed from who we are and where we came from.

Since 2012, Missing has toured to Russia, China, Georgia, Malta, Colombia, Mexico, Hong Kong, Macau and across the UK, including a hugely successful 2013 Edinburgh Fringe run.