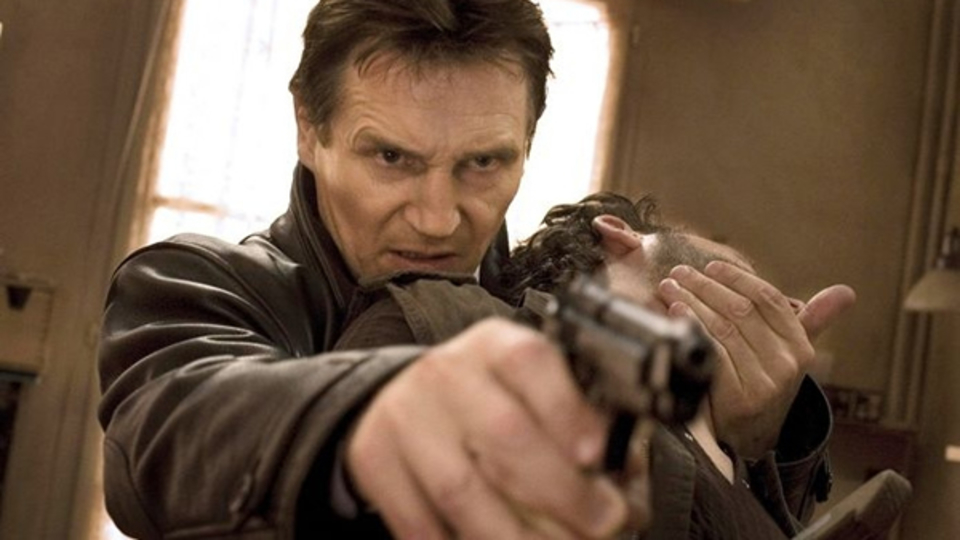 It’s Father Day soon so we thought we’d take a look at 10 examples of great father figures in the world of film.

Taking inspiration from new releases like Skyscraper, Overboard and Blockers, along with some classics like Taken, American Pie and even Star Wars, we list a few reasons why we think these particular father figures delivered when it mattered.

There are so many great dads in the world of cinema so we felt that we just needed to acknowledge a few of them for the ultimate celebration of father figures – Father’s Day.

Here are 10 movie father figures (in no particular order) who really went that extra mile to deliver when it mattered.

Where would Batman/Bruce Wayne be without the sage advice of Alfred? Always willing to lend a hand, mend a cowl or generally help the caped crusader in any way he can, Alfred is the only father figure Bruce has known after his own father was murdered. You know you could rely on Alfred should the going get tough.

One of the nicest dads to ever grace the silver screen, Jim’s Dad aka Noah Levenstein is exactly the right type of guy you want in your corner when life’s challenges are getting you down. Kind, compassionate and always willing to lend an ear, Jim’s Dad is one of the coolest guys you could meet. And anyone willing to keep a secret that their son violated baked goods on the kitchen table is a man you can definitely trust for life.

A man who endures a brother from hell and multiple in-laws just so he can deliver the perfect Christmas for his family, Clark Griswold (Chevy Chase) is the perfect father figure for the holiday season. And what does he plan to do with his work bonus? Put in a new pool for his kids… now that’s selfless.

Legacy – with Chevy Chase such a dutiful dad it was only right that his son Rusty would follow suit. In the criminally-underrated comedy Vacation Dusty (Ed Helms) takes a new generation of the Griswold’s on a vacation to bond, and does whatever it takes to keep the dream alive. He especially doesn’t let something silly like car trouble get in the way of his family’s happiness.

The best example of a father figure stepping up when he’s most needed, Uncle Buck (John Candy) basically had to be the bad cop for most of his time with his brother’s kids. He had to win over a teen riddled with angst and keep the younger kids entertained all at the drop of a hat. And he handled it all brilliantly.

Yes he murdered a lot of people, he cut his son’s hand off and he almost enslaved the free galaxy, but Anakin stepped up when it mattered most and threw the Emperor to his death to protect Luke and save the day. He’s proof that father figures can sometimes be complicated, but will ultimately see you right when it counts.

The ultimate bad-ass Dad is without doubt Liam Neeson’s Bryan Mills. Not only does he travel the world, break necks, shoot people and stick rusty nails into the thighs of bad guys to electrocute them into talking, he will also hook you up with Holly Valance for singing lessons. Now that’s above and beyond the call of duty.

The WWE superstar has started to make a name for himself in the world of film, and his best role to date is in Blockers as a worried dad trying to protect his daughter from a sex-pact made with her prom date. Not many dad’s would willing participate in a butt-chug to save his daughter’s innocence.

Will your father figure jump off a crane and onto a burning high-rise building? If not then you probably need to have a word with them. Dwayne Johnson has always been a great movie dad but in Skyscraper it looks like there’s nothing he wouldn’t do to protect the ones he loves.

He might be a spoilt rich-kid on the surface but there’s genuine heart and soul to be found in Eugenio Derbez’s Leonardo. When Leonardo discovers that he now has to adapt to his new life as a minimum wage worker, he’s reluctant at first. But he steps up to the challenge and becomes a great husband to Kate (Anna Faris) and father figure to her three daughters – even if it’s all just one big con by Kate.