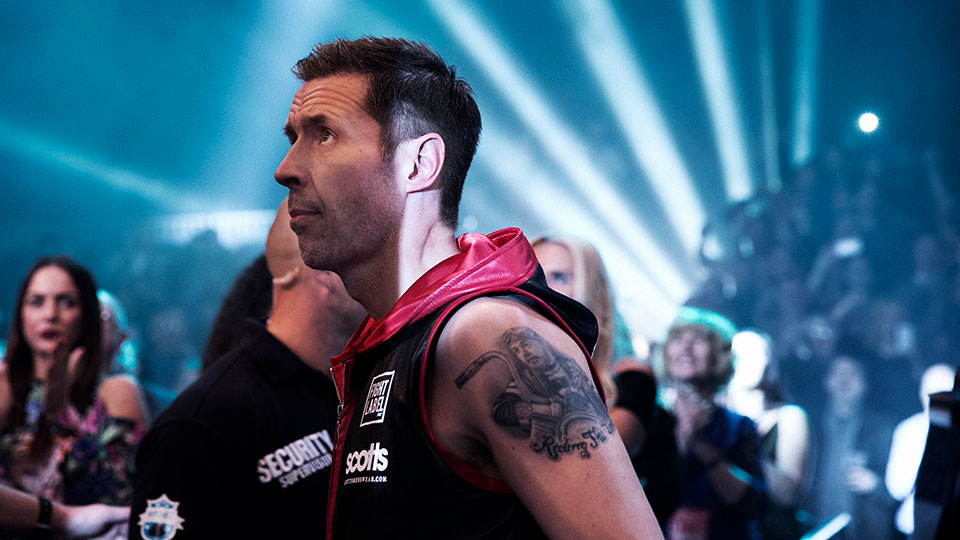 After winning a punishing title defence on points, Matty Burton (Paddy Considine) collapses at home. The journey towards regaining his speech, movement and memory will be the toughest fight he’ll ever face; and the prize could not be greater, for his relationship with his wife Emma (Jodie Whittaker) and baby daughter Mia are on the line… Journeyman is a powerful and beautiful story about loss and, ultimately, triumph. It’s about our identity, and how in life we sometimes have to dig deep into our soul to discover who we really are.

Journeyman was developed and shot in collaboration with the boxing community and medical profession. The film features a supporting cast, many of which make their acting debuts, taking on roles close to their real professions.

Produced by Diarmid Scrimshaw (who also worked with Considine on Dog Altogether and Tyrannosaur), the film is financed by Film4, the BFI, Screen Yorkshire, and The Wellcome Trust.

Take a look at some images from Journeyman in our gallery below:

Advertisement. Scroll to continue reading.
In this article:Journeyman, Paddy Considine