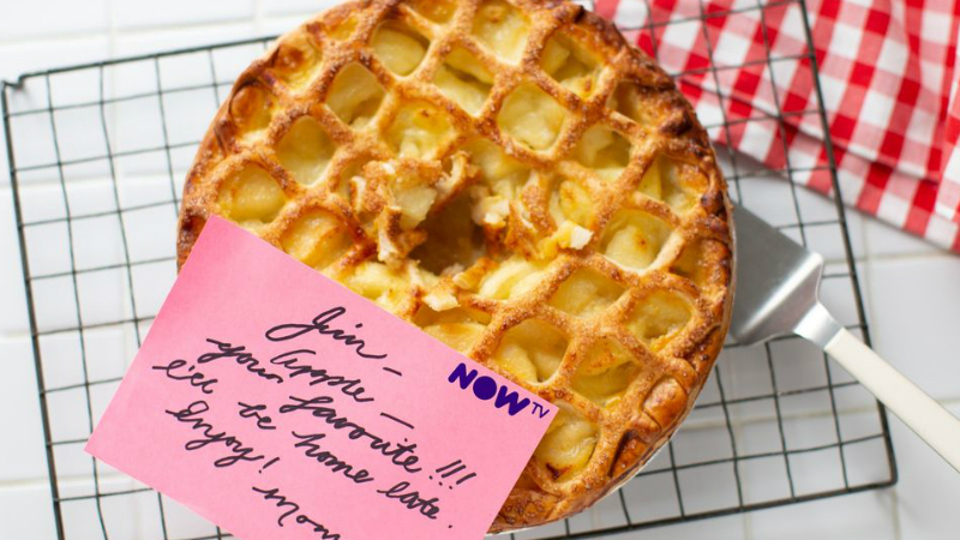 To celebrate the 20th anniversary of cult comedy American Pie, TV streaming service NOW TV is opening an all-American retro pop-up pie-shop. The shop will pay homage to the iconic ‘incident’ that became a world-wide sensation in the 1999 film.

Open for one day only on Tuesday 30th July, fans of the film in London’s Soho will be able to relive the scene you might not want to watch with your parents – as every ‘warm apple pie’ served comes ready-made with a cheeky hole in the middle. Pies are free and come with a free NOW TV Sky Cinema Pass – which you can only get by visiting the store.

Fill that sticky hole! 👇🥧
Come and eat a free pie to celebrate 20 years of #AmericanPie at our pop-up shop in Soho!

Jennifer Coolidge, who starred as ‘Stifler’s Mom’ in the raunchy comedy series, will be opening the NOW TV Pie Shop doors and entertaining from behind the counter. The first lot of fans through the doors will get a chance to catch a snap with the film’s most recognisable star.

Enjoy American Pie and over 1,000 movies on demand with a NOW TV Sky Cinema Pass.

What’s more? To add to the celebrations, new customers can get a NOW TV Sky Cinema Pass for just £4.99 – the same price you would have paid for a cinema ticket in 1999. Available from Tuesday 30th July to Sunday 4th August 2019 via the NOW TV American Pie website

With a new premiere every day including the latest blockbusters and hundreds of classics, there is a movie for every occasion on NOW TV. Sign-up for a free trial of NOW TV!