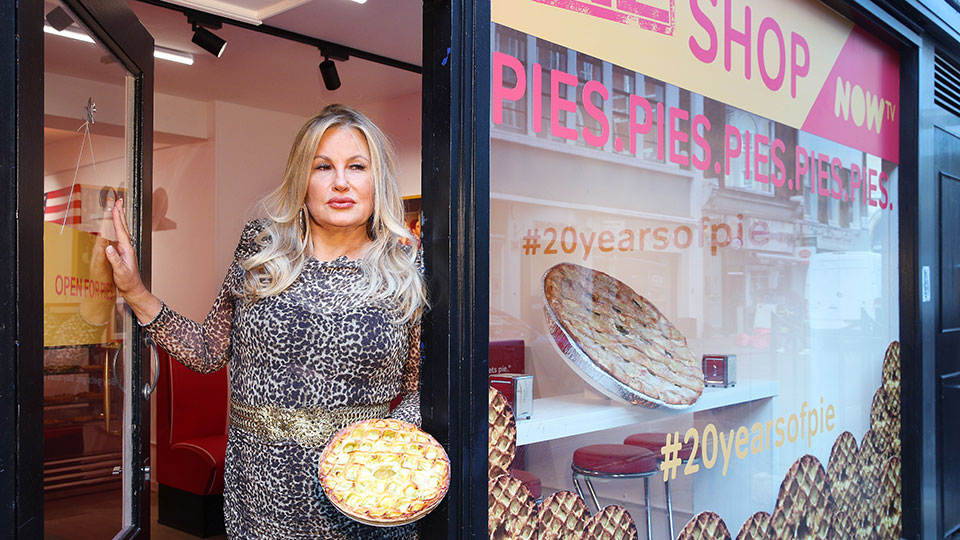 Open for one day only (Tuesday 30th July), fans can stop by and pick up a free warm apple pie with a ready-made cheeky hole in the middle. Every pie comes from a free NOW TV Sky Cinema Pass.

Jennifer Coolidge said: “It’s such an honour to have been invited here for such a celebratory moment for the film – 20 years on and I know Stifler’s Mom would have loved to have been a part of that classic film moment. Now I’m here, I get to give the fans exactly what they want – a piece of delicious apple pie at NOW TV’s pop-up.”

To add to the celebrations, new customers can get a NOW TV Sky Cinema Pass for just £4.99 – the same price you would have paid for a cinema ticket in 1999. Available from Tuesday 30th July to Sunday 4th August 2019 via the NOW TV American Pie website: www.nowtv.com/pies.

The pop-up is open from 12pm to 6pm at 48 Poland Street, Soho, London, W1F 7ND and is free. The nearest tube is Oxford Circus.

Enjoy American Pie and over 1,000 movies on demand with a NOW TV Sky Cinema Pass. Sign up for a free trial now.