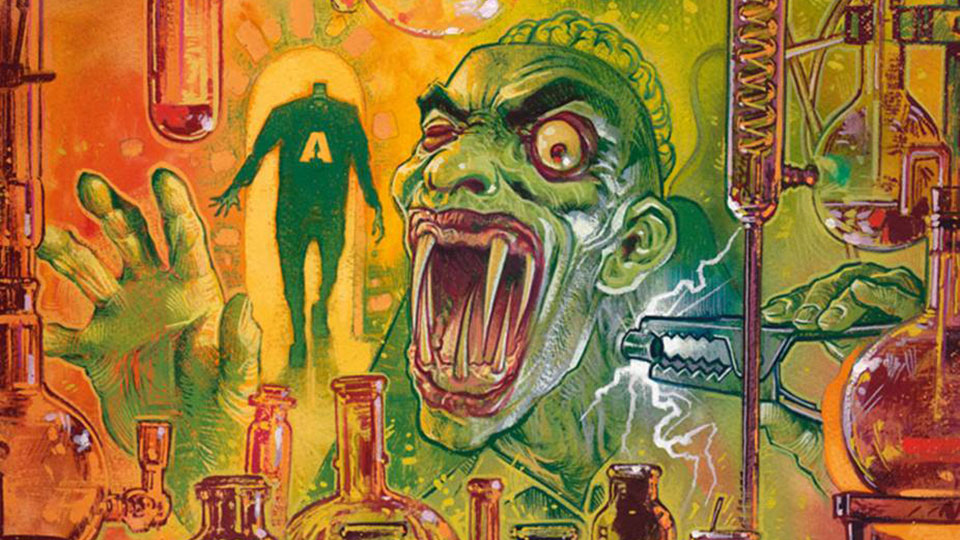 Arrow Video FrightFest is a little over two months away and today the festival has unveiled Graham Humphrey’s artwork for the event.

The new artwork is in keeping with previous years but for 2018 it celebrates the 200th anniversary of Mary Shelley’s Frankenstein.

“In the same way that Frankenstein gave life to his monster, horror films stimulate our imagination and give form to ideas that otherwise dare not leave the shadows”, comments Graham. “The painting shows our familiar host enjoying a fresh jolt…as do we – the audience – each year at FrightFest. In the background, a new entity emerges through the doorway… a new sponsor… Arrow Video!”

For the 2018 event Arrow Video are the sponsor, taking over from Horror Channel who were the event sponsor for the 2017 event.

The slate of films for the 2018 festival will be announced at 2pm on Thursday 28th June. Festival and day passes will go on-sale from 12pm on Saturday 30th June with single tickets at 12pm on Saturday 21st July. Ticket prices will be confirmed mid June.

For more information head over to http://www.frightfest.co.uk/.

In this article:Arrow Video FrightFest, Frightfest